The Board has appointed Mr. Rajeev Vederah as whole-time director with effect from January 2022.

After delivering excellent performance as CEO of BGPPL, Mr. Yogesh Agarwal has decided to step aside from his role. Mr. Agarwal will now be assuming the role of business head of the company, encompassing manufacturing and commercial functions. Meanwhile, the concerned functional heads under his new role will continue to report to him.

The Board of BGPPL, at its meeting held on 22 December 2021, has appointed Mr. Rajeev Vederah as whole-time director with effect from January 2022. “We will now move into a strategic phase so as to decide the future course of the company,” said Mr. Vederah in a written statement.

A subsidiary of Bilt Paper B.V., BGPPL has reestablished its position in the market by delivering a sustained performance over the last couple of years. BGPPL is known for bringing in the most modern technology in the writing and printing segment to India intending to meet every demand of the rapidly progressing printing industry. 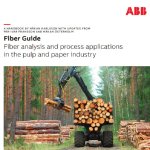 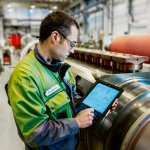