The keynote address delivered by Praveen Singhavi, President, APRIL Group, on the inaugural day of Paperex 2019 was one of the highlights of the event. In his speech to an audience which included some of the leading figures in the paper industry, he focused on the future trends in the pulp and paper industry and APRIL’s efforts to meet the sustainability challenge.

In his opening remarks, Praveen Singhavi explained that APRIL Group was one of the largest, most technologically advanced and efficient producers of pulp and paper products in the world. The Company, which is part of RGE Group, a leading resource-based manufacturing group, directly creates more than 7,000 jobs and provides consequential employment opportunities for around 90,000 people.

“RGE has three primary business lines. These are fiber, that is, pulp and paper; dissolving pulp and viscose fiber; palm oil; and clean energy. Our businesses are integrated. Each business group is independently managed, with the core leadership team providing strategic guidance. APRIL is the pulp and paper vertical of RGE. Sateri Group and Asia Pacific Rayon manages RGE’s viscose fiber business. Today, we are the largest viscose producer in the world.

“We are a global player in the industry. Our operations are in Indonesia, China, Malaysia and Brazil. In Indonesia, we have plantation forests, pulp mill and paper mill. We have one of the largest vertically integrated pulp and paper and viscose complexes in the world. We currently sell paper in more than 75 countries worldwide,” said Mr. Singhavi.

Pulp and Paper Mega Trends in the Next Decade

Speaking on macro trends, Mr. Singhavi said: “The world will consume 500 million tonnes of paper and paper board by 2030, up from 438 million tonnes in 2020, about 1.2 percent Compound Annual Growth Rate (CAGR). This will be led primarily by emerging markets in China, India, the Middle East, Africa and Eastern Europe. Emerging market growth is expected to be about 2.3 percent in the next decade.

“This growth will be driven mainly by the demand for tissue, carton board and container board, which is expected to grow by 2.4 to 2.8 percent. With increasing concerns about plastics, I am sure that paper demand will grow even further.”

“In India, particularly, consumption is 14 to 15kg per capita, half of Indonesia’s consumption today. So, I’m pretty much sure that India will play a significant role in future for the growth of the paper industry,” he added.


“India is one of the high growth regions for uncoated wood-free paper. South East Asia is another growth region. China is a leading player in paper and paper products and is a leading consumer of pulp. China is currently experiencing structural changes in paper raw material. Change here means that China’s non-wood pulp production has been declining for the past more than ten years. It is a reduction of 6 million tonnes from 2005 to 2017.

“To reduce industrial pollution, the Chinese government plans to reduce its imports of recovered paper and waste paper to zero by the end of 2020. It is a big reduction. In 2016, China imported 28 million tonnes of recovered paper. The government has taken steps to bring this down to zero within four years. China’s government ban on waste imports will accelerate decline of non-wood based paper production in China and greater uses of virgin pulp in paper, tissue and board furnishing.

“Another important trend in China is that China’s uncoated wood-free paper export has been decreasing for the last three years. It has dropped from 1.2 million tonnes in 2016 to 600,000 million tonnes in 2019. This is because the local demand for uncoated wood-free paper is increasing and there is less production of paper from non-wood pulp,” he said.

Mr. Singhavi then outlined a number of trends in pulp and fiber demand. “Globally, production of paper, board and tissue will need around 500 million tonnes of fiber by 2030. The demand for bleached hardwood kraft pulp (BHKP) is driven by emerging markets, which will grow at 3.6 percent CAGR in the next decade. China, India and the rest of Asia will be the key growth regions.

He also pointed out that there are no new BHKP pulp capacities on the horizon. “This means there will be a limited supply of pulp in the next couple of years. The new projects that have been officially announced or that are under construction are Arauco MAPA, which will come in the beginning of 2022, and UPM Uruguay, which is expected to come in 2023. In the long term, the BHKP pulp supply-demand is quite balanced.

“Demand for woodchip is expected to increase in the next couple of years. Supply will peak in 2020. Thereafter, Latin America and Australia are expected to reduce supply. Woodchip supply shortage will be a limiting factor for non-plantation integrated pulp mills,” he said.

How APRIL Is Meeting the Sustainability Challenge

Mr. Singhavi took time during his keynote address to outline APRIL’s commitments to sustainable production and development. “Over the years, the understanding of sustainability in the industry has changed, from ‘nice to have’ to ‘must have now’. There is a critical need for the private sector to play a key role in supporting the sustainable business imperative.

“Sustainability increases competitiveness, improves the quality of life in communities in which we operate and helps us play an increasingly significant environmental, social and economic role. The UN 2019 Sustainability Survey showed that 99 percent of the CEOs agree that sustainability is critical to their future success. More than 1,000 CEOs across 21 industries participated in this survey. And 100-plus CEOs were selected for in-depth one-to-one interviews. I was one of them.

“At APRIL, we’ve pledged to make a far greater contribution towards achieving a sustainable global economy and societies by 2030. Sustainability is now being increasingly integrated across our business operations. Our founder’s 5C business philosophy is a key code value for us to carry out our business operations in a sustainable manner. This means that our operations must be good for the community, country, climate and customers; and only then will they be good for the company”.

The company’s sustainability goals are aligned with UN’s Sustainable Development Goals (SDGs), said Mr. Singhavi. In 2018, APRIL carried out an in-depth assessment of its social and economic contribution in cooperation with PwC and UNDP Indonesia, using the United Nations’ sustainable development goals as a framework.

“Based on this assessment, we prioritized seven SDGs. We regard three of these as core goals, as they are central to the nature of our operations. Specifically, these are responsible consumption and production, climate action, and life on land. The remaining four are catalytic goals, in areas where we can have a transformative impact on communities through its operations. They are good health and well-being, quality education, clean water and sanitation, and partnerships for the goals, he said.

Mr. Singhavi also spoke about the importance of circularity and bioeconomic principles in the company’s sustainability approach: “We are closing the circularity gap. We believe that APRIL is part of the solution, because we are producing biodegradable, recyclable products like paper and viscose fiber. We have 100 percent sustainable plantations. We are continuously making efforts to reduce fossil fuel consumption, reusing chemicals and recycling water waste.”

He also said, “We have also increased our use of renewable energy and are responsibly managing our landscape where we have our plantations. When we engage in plantation, we plant fast-growing trees. As we already know, when a tree grows faster, it absorbs more CO2. In other words, we are part of the solution.”

In 2014, Mr. Singhavi played an instrumental role in the launch of APRIL’s Sustainable Forest Management Policy. A year later, under his leadership, this was upgraded to become the company’s Sustainable Forest Management Policy (SFMP) 2.0. The policy includes supply-chain wide commitments to no deforestation, responsible peatland management, conservation and restoration, community engagement, verification and transparency.

“We have oversight from an independent governing board. We also do a third-party performance audit of our sustainability commitments. Our 1-for-1 conservation commitment is close to my heart. We are committed to conserving and protecting 1 hectare of forest for every hectare of plantation. We have achieved 83 percent of our target, which means that we are currently conserving 370,070 ha of forest under our care – an area about two and a half times the size of London,” he said.

“The focus of our operations remains on efficiency, productivity and circularity. Over 80 percent of our energy demand is met through renewable sources. More than 90 percent of our chemicals are recovered in our industrial process. At the same time, we have been able to touch a 24 percent increase in our fiber productivity over the last three years,” he added.

Towards the end of his address, Mr. Singhavi drew the attention of the audience to the Company’s wider ranging commitment to R&D. “Last month, RGE Group announced an investment of US$200 million over 10 years in R&D and innovation. This investment supports solutions that turn textile waste and other pulp-based materials into closed-loop, circular and climate-positive cellulosic fibers.

The key point here is that we, at the group level, are walking the talk and backing our stated commitment to sustainability with action and investment. As Bey Soo Khiang, the Chairman of APRIL Group, says, we aspire to be a leader in sustainable fiber production through innovation,” he said. 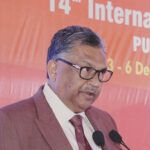 Paperex 2019 Attracts More than 700 Exhibitors from Across 25 Countries 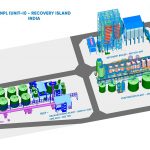