The Brazilian Pulp and Paper Association (Bracelpa) reported that in 2013, pulp and paper production in Brazil grew by 7.3% and 1.6%, respectively, in comparison with 2012. From January to December, 15 million tons of pulp and 10.4 million tons of paper were produced.

Exports in the sector totaled USD 7.1 billion in the year, representing an increase of 7.5% in relation to 2012. Pulp exports reached 9.4 million tons and paper totaled 1.8 million tons. Europe remained the main destination for Brazilian pulp, generating approximately 40% of the revenues with sales of the product to foreign markets, followed by China and North America with 30% and 20%, respectively.

In regards to paper, accumulated export revenues registered 1% growth as compared to last year, totaling USD 1.9 billion. Latin America then follows as a major market for the product, being responsible for approximately 14% and 13%, respectively. Shipments to North America grew by 35% in the year.

Sales of paper to the domestic market totaled 5.7 million tons and had an accumulated growth of 2.9% in the year when compared to 2012, i.e., indicating stability in the Brazilian market.

During 2013, the sector had major achievements in the measures against the improper usage of tax-exempt paper, which is exclusively destined to the printing of books, newspapers and magazines. Labeling requirements on tax-exempt paper packaging, the commitment of the production chain with the action and, mainly, the nationalization of “RECOPI” (Recognition and Control System for Tax-exempt Paper Operations) were the most relevant facts. In the case of RECOPI, the sector expects that State governments implement the system as soon as possible to close eventual loopholes in the law. 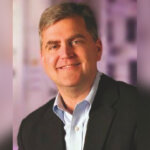