The U.S. operations of CCIC North America have been suspended for one month, effective May 4 through June 4. As a result no inspections can be arranged or certificates issued during this period.

In an announcement by the General Administration of Customs on May 3, the U.S. operations of CCIC North America were suspended for one month beginning on May 4, which was confirmed in a letter from CCIC to its customers. As a result no inspections can be arranged or certificates issued during this period. The Chinese Government will accept shipments that were shipped with CCIC certificates dated prior to May 3, although they will be subject to 100% inspections and are not guaranteed entry. There is no doubt that these measures will severely impact U.S. scrap exports to China.

The General Administration of Customs intends to further strengthen inspection and supervision procedures for the import of “wastes as raw materials.” According to the Notice, the steps are being taken as a result of the failure of “multiple shipments” arriving at Chinese ports to meet the government’s environmental protection standards. 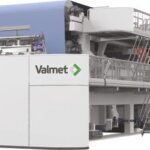 Valmet to Supply a Containerboard Line to a Chinese Customer 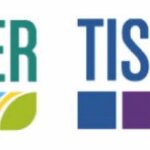