With the Goods and Services Tax (GST) set to enter its fourth month since implementation, the notebook sector of the paper industry is still facing problems with the billing and filing under the new taxation, Madras Paper Merchant Association (MPMA) informed.

Earlier, the paper was taxed roughly at 11 per cent, which is now made into 12 per cent. The sector did bat for a lower tax rate of 5 per cent, a demand which the GST council has not entertained so far.

According to the media reports, Mr. Verappan, Secretary of the Madras Paper Merchant Association, (MPMA) explained the situation. He informed that the traders involved in the notebook business earlier didn’t have to pay taxes, because of which the sector didn’t have formal billing structure. But under the Goods and Services tax (GST), the sector is taxed at 12 per cent.

The notebook businesses are facing difficulty adapting to the new taxation, however things are likely to improve, he added. Mr. Verappan informed that though the overall paper business didn’t get affected much because of the new taxation; there however is a need for proper rationalization of taxes under GST.

“There is the problem of multiplicity of tax rate, while on the input side, most of the material is taxed at 12 per cent, but on the final end many items fall into the 18 per cent tax slab, creating a gap of almost 6 per cent” he informed. The six per cent gap amounts to huge money for the traders, therefore a proper structuring and rationalization of tax rate is important. 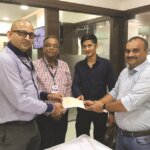 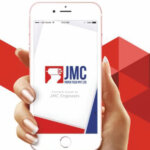