The period of investigation was January-December 2020.

India has initiated a sunset review investigation on anti-dumping duty on uncoated copier paper imported from Indonesia and Singapore.

According to report in a leading daily — JK Paper Limited has claimed the likelihood of recurrence of dumping if the extant antidumping duty comes to an end and requested for review and continuation of the levy. Anti-dumping duty was first imposed in 2018.

“There is prima facie evidence regarding the likelihood of dumping from Indonesia and Singapore and consequent injury to the domestic industry in the event of cessation of anti-dumping duty,” Directorate General of Trade Remedies (DGTR) said in a notification.

As per the notification, JK Paper said that though the domestic industry has not suffered continued injury, it is likely to suffer injury in the event of cessation of antidumping duty.

Factors such as decline in imports post imposition of duty, likely dumping margins should duties cease, declining demand of the product in Indonesia, significant production capacities in Indonesia, declining global demand of the subject goods, duties imposed by Australia (on Thailand and Indonesia), facts found by the Australian authorities with regard to the Indonesian Market, cost advantage with exporters in Indonesia, dumping margins in respect of third country exports “suggest the possibility of continuation of dumping and recurrence of injury”.

The application has been supported by West Coast Paper Mills Ltd. and Tamil Nadu Newsprint and Papers Ltd.

Alleging the existence of a particular market situation in Indonesia, JK Paper submitted that the costs are required to be adjusted for international price of major input.

“The applicant has submitted that the government of Indonesia, vide various policies and actions, has influenced and artificially lowered the prices of input materials (wood pulp),” DGTR said, adding that the claim will be examined during the course of the investigation. 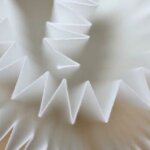 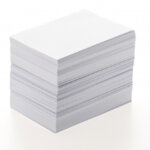 What Consumers Don’t Know About the Sustainability of Paper Products