Is International Paper the Next Takeover Target? - Papermart
FacebookTwitterLinkedinYoutubeEmailWhatsapp

Even after the quarter topping consensus forecasts of USD 5.27 billion, IP faces speculation of being the next takeover target.

Amid speculations that the paper-products maker could be a takeover target, shares of International Paper (IP) rose 1.6 percents to USD 46.79, the highest since August 19. As reported by social media and Bloomberg, the potential buyer could be Koch brothers, owners of Koch Industries. One of the major arguments favoring the acquisition is that the paper industry has been a dynamic sector for deal making, with multiple transactions having been completed in recent years.

“The Kochs have been actively consolidating the forest products sector for more than a decade, with acquisitions in pulp, containerboard, bleached board, lumber, panels, gypsum wallboard, and oriented strand board,” the BMO Capital team noted.

IP has been consistently pursuing a plenty of acquisitions on its own like earlier this month IP announced that the U.S. Justice Department is taking no action on the company’s acquisition of the pulp business of Weyerhaeuser. Also, earlier this year, International Paper bought a newsprint mill in Madrid, Spain, with plans to convert the plant to produce recycled containerboard. Also, during company’s presentation of second quarter earnings IP CEO, Mark Sutton said, “I am encouraged by how International Paper continues to consistently perform in a challenging and changing global environment”.

Meanwhile, by making a bid for IP, Koch may be able to show it’s making a lateral move rather than a transformative move. Even so, IP’s paper businesses are aimed more at industrial customers, while Georgia-Pacific is more oriented to individual consumers. 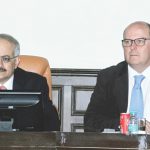 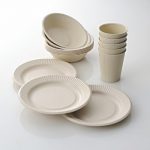 Huhtamaki Sets Foot in the Foodservice Packaging Market in India