With the aim to curb unfair practices and as substantial quantities of paper and paperboard are imported into the country at nil import duties, IPMA contends for the need for amendment in the import policy in the domestic paper industry.

In the pre-budget consultations with the Ministry of Finance, India’s Paper Industry, with an annual turnover of over INR 70,000 crore, has asked for curbing indiscriminate imports which are coming in the way of India becoming ‘aatmanirbhar’ in the diversified Paper sector which has large spin-offs for employment generation and support to the farmer community.

The high cost of raw material coupled with a significant increase in fuel cost and other inputs has resulted in a substantial increase in the cost of domestic manufacture of paper and paperboard. While the domestic industry is operating under extremely challenging conditions, substantial quantities of paper and paperboard are imported into the country at significantly lower costs at nil import duty under the aegis of the FTAs, said Mr. A S Mehta President IPMA.

Both under India-ASEAN FTA and India-Korea CEPA, the import of paper in India is currently at nil rates of duty. Under the Asia Pacific Trade Agreement (APTA), India has extended import tariff concessions to China (and other countries) and offered a 30% margin of preference, thereby reducing the basic customs duty from 10% to 7% on most grades of paper.

“Imports at concessional/nil rates from low-cost producing countries, with assures access to cheap raw material and inputs, is discouraging domestic investment in the capacity expansion which is necessary to meet expected growth in domestic demand for paper and paperboard. The fall in investments will have a multiplier adverse impact on the value chain including farmer community with whom the industry has developed strong linkages”, added Mr. Mehta.

India is one of the fastest-growing markets for paper in the world. From the current paper consumption of about 20 million tonnes per annum (TPA), domestic consumption is projected to rise to 23.5 million TPA by 2024-25.

Manufacturers in Indonesia and China who enjoy a substantial amount of export incentives and other advantages have been pushing large quantities of paper and paperboard into the Indian market. It is feared that most of the increase in demand will be met by imported paper. Duty-free imports are making most small and medium paper mills in India commercially unviable, and also threatening the livelihoods of thousands of farmers engaged in agro-forestry and supplying wood to paper mills. This is against the Hon’ble Prime Minister’s initiative of “Make in India” and “AatmaNirbhar Bharat”, states IPMA.

IPMA has therefore asked for increasing the basic customs duty on import of paper and paperboard to 25%, the WTO bound rate being 40%. IPMA has also called parallelly for an urgent review of the FTAs and placing paper and paperboard in the negative list under the FTAs with no preferential or nil duty, as any import duty hike otherwise will not impact FTA imports. The import policy on paper should be changed from ‘Free’ to ‘Restricted’ so as to curb unfair practices such as under-invoicing, misdeclaration, and dumping to avoid import duty payment. A Paper Import Monitoring System will further check the dumping of paper in the country, states IPMA.

According to the Ministry of Commerce and Industry’s data, imports of paper and paperboard into India have been rapidly increasing, in spite of adequate domestic production capacity. In the last nine years, imports have risen at a CAGR of 11.34% in value terms (from INR 3,411 crores in 2010-11 to INR 8,972 crores in 2019-20), and 13.23% in volume terms (from 0.54 million tonnes in 2010-11 to 1.64 million tonnes in 2019-20). Imports are growing at a higher rate as compared to the increase in domestic production rate leading to domestic installed capacities lying underutilized, according to Rohit Pandit, Secretary-General IPMA. 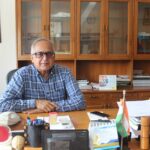 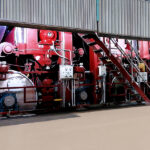