Paper Plus: The Regional Show for Southern India - Papermart
FacebookTwitterLinkedinYoutubeEmailWhatsapp

Paper Plus 2010 was held from 27-29 November in CODISSIA trade fair complex in Coimbatore, Tamilnadu. The show witnessed about 7000 trade visitors with over 90 exhibitors. Concurrent conference was organized under the theme “Modern technologies for the growth of Indian Paper Industry”. The show was well supported by the domestic machinery and equipment manufacturers with a majority of manufacturers coming from the Gujarat region. The show offered a platform to interact with the local industry primarily in the proximity of Coimbatore and the rest of Southern India. The next edition of the show is announced in 2012 from 24th to 26th November at the same venue. 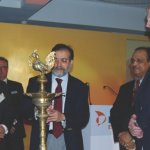 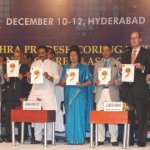