Trident Group has launched a digital campaign to highlight the range of environmentally-friendly copier paper.

Advocating for guilt-free use of paper, Trident Group has launched a digital campaign #TheGoodPaper to showcase its environment-friendly range of copier paper. Responsibly manufactured, Trident Copier Paper, a SUPERBRAND in India, has the unique advantage of being made of wheat straw and veneer chips (carpenter waste), making it – The Good Paper.

The use of wheat straw, which is essentially the agro waste left after wheat harvesting translates into extra income for over one lakh farmers in India who supply it to Trident. Through this method, Trident Paper is able to save 1.82 million trees from being cut every year, thereby reducing carbon emission through its highly advanced manufacturing process.

Trident has released the first part of a three-part film series campaign which aims to normalize not feeling overridden by guilt while using copier paper. The film is a tribute to the farmer who is seen surprising his daughter with her favourite doll. He is able to provide for his family because of the extra income he has generated with the sale of the wheat straw. While a young kid by using Trident paper has unknowingly contributing to the betterment of the environment. Divya Dutta, the highly talented Bollywood and National Award winning actress has lent her emotive voice to these finely crafted stories.

Speaking on the launch, Mr. Abhishek Gupta, Vice Chairman, Trident Limited said, “At Trident, we are committed to the cause of responsible manufacturing as we believe that business is not profit-making machinery divorced from the societal and environmental context in which it operates. We are immensely proud of what we have been able to achieve with Trident Paper but most of all we are grateful to be able to contribute to the lives of farmers of the country. We are excited to share this film series with the world and hope that it encourages our audience to do their bit to help the environment and choose the good paper.” 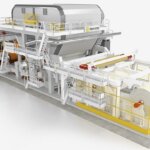 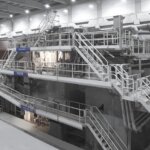