In the last round of investments between 2006 and 2015, paper mills had added over 3 million tonnes of annual production capacity in printing and writing paper at an investment of about USD 5 billion. The expansion, which took total production capacity to 12 mt, has been absorbed by the market. The total annual domestic demand for paper, including newsprint, is about 15 mt, according to industry estimates.

The Association has been pushing the government for a policy to allow access to degraded forest land for paper mills to raise pulp wood plantations. Land can be with state-run forest corporations with plantations raised by the industry. This could be a revenue sharing model, he felt. Mills are also partnering with farmers to raise farm forests. Other than this, options are limited. A couple of mills have attempted to raise plantations overseas in South-East Asia, but this model is yet to be proven. It is capital- intensive and not for everyone, Bangur was quoted as saying.

Paper from ASEAN countries is produced from raw wood available at about USD 40 a tonne compared with mills here sourcing raw material at USD 110. There is a 2-mt shortage of pulp wood against an annual demand of about 11 mt. 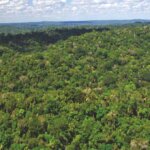