Addressing the nation through 72nd edition of his monthly radio programme, PM Modi made a clarion call to make the country free of single-use plastic.

As reported in a leading daily, Prime Minister Narendra Modi has urged citizens to resolve to make the country free from single-use plastic and appreciated the efforts by some people for undertaking cleanliness drive.

“We have to think how garbage gets on beaches and mountains in the first place; after all, it is one amongst us who leaves this garbage there, we should take a resolve that we will not leave garbage at all,” the Prime Minister said.

“We should take a vow that we will not litter; this is the first resolve of the Swachh Bharat Abhiyaan. I want to remind you of one more thing, which couldn’t be discussed that much because of Corona. We have to make our country free from single-use plastic; this should also be one of the resolutions for 2021,” he added.

Addressing the nation through 72nd edition of his monthly radio programme and the last ‘Mann Ki Baat’ of the year 2020, PM Modi mentioned about Pradeep Sangwan from Gurugram who is running a campaign “Healing Himalayas” since 2016.

“He along with his team and volunteers go to different areas of Himalayas and clear the plastic garbage left behind by tourists. He has cleared tonnes of plastic,” he said.

He also highlighted a similar effort by a couple from Karnataka.

“A couple from Karnataka — Anudeep and Miusha got married last month in November. After marriage, many couples go on a trip but they decided to clear the garbage on Someshwar Beach of Karnataka. Several others also joined him. They collected over 800-kilogram garbage from there,” he added. 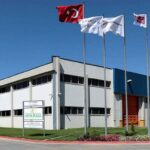 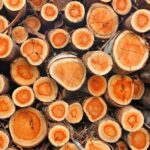