Smurfit Kappa’s investments in the two plants include installing state-of-the-art equipment for capacity augmentation in view of the rising consumer demand for paper-based packaging solutions.

Europe’s leading paper-based packaging producer Smurfit Kappa has infused significant investments in its Olomouc plant in the Czech Republic and Obaly Štúrovo site in Slovakia. The previous year, the Company had announced investments of more than EUR 20 million in expansion in line with the commitment to strengthen operations in Central and Eastern Europe.

With the investments, there were significant upgradations in the two plants including the installation of state-of-the-art equipment for capacity augmentation in view of the rising consumer demand for paper-based packaging solutions. A new converting equipment has been installed which will enhance the converting capacity by more than 100 million regular and offset printed boxes per annum.

Additionally, the investments are aimed at further enhancing Smurfit Kappa’s positioning in the Czech Republic and Slovakia so as to further target specific industries, most notably the FMCG and electro-technical sectors.

Commenting at the official unveiling of the two upgraded plants, Mr. Zdenek Suchitra, CEO of Smurfit Central & South-East Europe, said, “I am delighted to announce that both of our investments at the Olomouc (Czech Republic) and Obaly Štúrovo (Slovakia) plants have finished on time and within our original budget in a time when there is a scarcity of all kinds of materials. These investments, along with the investments we made in two additional sites in the Czech Republic, demonstrate our commitment to our customers and operations in Central and Eastern Europe.”

Mr. Suchitra further explained that they have transformed their plants into state-of-the-art facilities through these investments. The group is assured of its positioning to satisfy their well-established customer base. 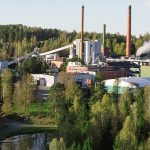 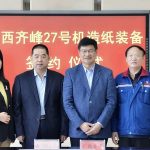