Action Tesa, part of the Action Group, will import Valmet EVO-56 defibrator system from Valmet. This system is designed for production levels up to 32 tons per hour.
October 6, 2016

Valmet will supply a new Valmet EVO-56 defibrator system for Action Group’s whole new fiberboard line in India which will form an essential part of the plant. This defibrator will produce 28 tons per hour bd (bone dry) fiber and this is the first defibrator system from Valmet. The order was included in Valmet’s second quarter 2016 orders received. An order with this scope of supply is usually valued in the range EUR 1.5-5 million.

Especially designed for production levels up to 32 tons per hour, this defibrator seems to be perfect as per the requirements of the Action Group. The fiberboard market is growing in India, and Action Group is the second customer during 2016 that has chosen Valmet as preferred supplier after comparing refiner alternatives available in the market. The material from Valmet’s system has a minimum of shives and low fines content, which is a prerequisite for successful fiberboard production. 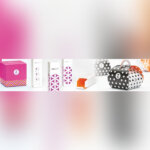