His Majesty the King Carl XVI Gustaf inaugurated SCA’s pulp mill Östrand in Timrå. The expansion of the mill is one of Sweden’s largest industrial investments ever.

SCA has invested eight billion SEK in expanding the mill and to double it’s capacity to 900 000 tonnes of bleached softwood kraft pulp, making Östrand the largest mill of its kind in the world. The investment enables SCA to be world class in terms of product quality and environmental performance. Project Helios was conducted during 2015-2018, a pre-project started in 2014. Östrand is today the world’s largest softwood pulp mill with a production capacity of 900,000 tonnes per year of bleached softwood pulp, expandable to 1,000,000 tonnes per year.

More than 300 guests came to take part in the grand opening of the Östrand pulp mill. The guests were an international gathering of customers, suppliers to the project, the Swedish government, SCA’s shareholders and many others.

The two biggest suppliers to the project have been Valmet who supplied the fibre line with a number of components, including the world’s largest softwood pulp digester, and Andritz who, among other projects, undertook a unique expansion of the recovery boiler. The project has been partly financed by the European Investment Bank. 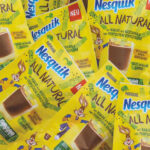 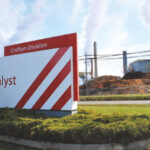