Anaerobic effluent treatment using the UASB (Anaerobic Upflow Sludge Bed) process has been used on a large variety of effluents from the pulp and paper industry. Newly developed sludge bed reactors which allow higher upflow velocities have been successfully introduced into the pulp and paper industry. An example of such a reactor is the internal circulation reactor (IC reactor). This paper presents the design and operational performance data of IC reactors treating effluent at three different recycled paper mills. Stable process performance was achieved despite large fluctuations in COD load and COD concentrations.
.Introduction

Anaerobic treatment is applied for a large variety of effluents from the paper industry, for example for recycled paper mill effluent, mechanical pulping effluents (TMP and CTMP), semi-chemical pulping effluents (NSSC), sulphite evaporator condensate and kraft foul condensate. Apart from mills using secondary fibre and wood as raw material, anaerobic treatment is also applied successfully on effluents from pulp mills using non-wood material such as straw and bagasse (Driessen et al, 1996).
Among all anaerobic systems, the UASB (Upflow Anaerobic Sludge Blanket) reactor has become the most popular reactor system for the treatment of paper mill effluents. Since in 1983 the first UASB reactors were installed for the treatment of paper and board mill effluents (Habets and Knelissen, 1985), more than 75 plants have been put in place.

Traditionally anaerobic treatment has been regarded as an attractive method for purification of high strength industrial effluents, with COD values of more than 2000 mg/l. However long term experience with anaerobic treatment on recycle paper mill effluent has also demonstrated the feasibility of the UASB system for effluents with a COD concentration ranging between 1000 an 2000 mg/l (Paasschenset al, 1991). Today, anaerobic treatment has become more cost effective for the treatment of dilute effluents, due to the development of anaerobic sludge bed reactors allowing higher hydraulic upflow velocities. An example of such a new reactor type is the Internal Circulation reactor (IC reactor) which has been applied since 1986 (Vellingaet al, 1986).

The IC reactor is an anaerobic sludge bed reactor constructed in the form of tall cylindrical vessels with a height between 16 and 24 meters. It has derived its name from the (bio)gaslift driven internal circulation. This internal circulation ensures dilution of the raw influent and ensures optimal mixing conditions for the anaerobic granular sludge and the wastewater. Optimal biomass retention is provided by a two-staged separator system. The first stage separates the majority of the biogas from the water, so that the second stage mainly separates the active biomass from the treated effluent. Currently over 70 IC reactors are operational in the industry, of which 10 are installed in the pulp and paper industry.

Case studies
Mill description
Mill A produces 50,000 tpy of corrugated medium and testliner. It also operates a box board plant. The mill uses recycled fiber as raw material. Due to pressure by the local water authorities the mill was forced to treat its effluent before discharge into the river. In 1996 a combined anaerobic/aerobic treatment plants was constructed comprising an anaerobic reactor and an activated sludge plant. The anaerobic reactor is an IC reactor of 100 m3 in volume, which is designed to treat a COD load of 1600 kg/d and an effluent flow of 1000 m3/d
Mill B produces 70.000 tpy of tissue paper. The mill uses recycled fiber as well as virgin pulp as raw material. The mill operated an aerobic effluent treatment plant comprising a trickling filter and an activated sludge system before the effluent is discharged into the river. Because of low performance of the trickling filter, due to clogging and because of an increased COD load, due to more deinking capacity, a 400 m3 IC reactor was built to replace the trickling filter. The design capacity is a maximum COD load of 9520 kg/d and a maximum flow rate of 4000 m3/d.

Mill C produces 300,000 tpy of corrugated medium, testliner and boxboard for which it uses recycled fiber as raw material. Until 1998 this paper mill was operating two parallel anaerobic/aerobic effluent treatment plants comprising UASB reactors as pre-treatment followed by activated sludge plants. Because of increased production output, the mill decided to enlarge the anaerobic pre-treatment capacity for an additional COD load of 12500 kg/d. The decision to build a 465 m3 IC reactor was mainly based on economic reasons. More detailed information regarding the sizing of the aforementioned IC reactors is summarized in table 1.
Operational results

Figure 2 shows the COD removal efficiency as a function of the applied volumetric loading rate of all three paper mills. The overall trendline shows a positive correlation between the volumetric loading rate and the COD removal efficiency. Although the trendlines of the individual mills were not identical, the same trend was observed for all the mills. In this case an increased COD load also corresponds with a higher removal efficiency, but besides the variation in biodegradability a higher efficiency can also be explained by an even more intensive contact between the anaerobic biomass and the wastewater when the load and thus the internal circulation ratio increases.
The performance data as presented in table 2 show large fluctuations of COD concentrations and the applied volumetric loading rates. Despite these fluctuations a stable process performance was observed while volatile fatty acids levels in the reactor outlet were very low.
Conclusions

The IC reactor has been successfully introduced in the paper industry with interesting results. Besides advantages with respect to space and capital requirements, the new treatment system has been showing a remarkable stable performance despite large fluctuation in COD load and COD concentrations.
References 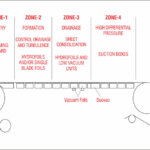 Basic Design Parameters Towards Optimisation of Performance on Wire Table 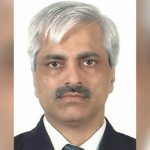 Innovations in Steam systems in Pulp and Paper industry