The company commenced commercial production of kraft paper on PM-2, located at Halvad (Morbi), Gujarat, and having installed capacity of 33000 tonnes/year.

Astron Paper & Board Mill Limited is currently operating at almost 90% capacity utilization of its PM-1 located at Halvad, Gujarat with installed capacity of 96,000 tonnes per annum. With the commencement of commercial production for the new line PM-2, the installed capacity has increased by 33,000 tonnes/Year. 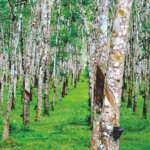 Rubber Trees, a Potential Source of Raw Material for Pulp and Paper Industry? 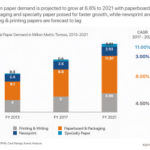