According to the reports, it was not the intention of the Govt. of India to ban recovered paper imports from the EU — rather it was a clerical error.

The Indian Embassy has contacted the European Commission and confirmed that a clerical error was made that meant it accidentally banned recovered paper imports from the EU.

As per a leading daily — the European Commission had published a response from India that recovered paper imports were banned. As a result, by default, it became illegal to export cardboard and paper from the EU to India for recycling. The response was one of the elements fed into the drafting of the new EU Regulation 2021/1840 adopted last week. It updates the rules for shipments of green-listed wastes for recovery from the EU to countries which are not members of the OECD.

However, the European Recycling Industries’ Confederation (EuRIC) has confirmed that the entry prohibiting Basel Convention code B3020 materials was a mistake.

The EU Commission now plans to launch a “corrigendum procedure” for the Regulation once an official written request is received from India. However, this correction procedure is expected to take between six and eight weeks. This process could take several weeks and effectively means a pause in EU exports of recovered paper. Exports can still take place from Great Britain, but as Northern Ireland remains part of the EU Single Market, exports cannot take place from there.

The Indian paper sector relies on imported recovered paper for raw material, and in the first half of this year, India was the most important destination market for EU exports. The monthly EU exports to India ranged from 66,000 tonnes in May to about 150,000 tonnes in March. The largest volumes of recovered paper headed to that country came from Spain, Italy and the Netherlands. 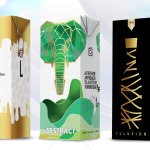 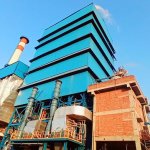