BILT will pursue its USD 330-million IPO plans at the London Stock Exchange (LSE) in the next financial year, after completing its ongoing expansion projects.

The company had put on hold IPO plans of its UK subsidiary in April when International Paper announced acquisition of Andhra Pradesh Paper Mills at USD 423 million. “The current market condition is not conducive to listing. We will go for it in the next financial year. By then, our expansion at Sabah (Malaysia) and Ballarpur will be complete,” said B Hariharan, group finance director. Expansion of the two units will be over by August this year and March 2012, respectively.

On March 22, BILT announced plan to list its UK subsidiary at the LSE. Proceeds from the IPO were to be utilised in repayment of debt and expansion. However, the acquisition of APPM at a premium of 180 percent prompted BILT to wait and watch. The company was expecting a re-rating of the Indian paper sector.

“There was an acquisition announcement this week by the International Paper, which the company believes will set a benchmark for the valuation of paper companies in India and may possibly re-rate the industry. Given the interests of the existing shareholders, the company believes it is important to study the impact of this acquisition over the next few months, and the potential re-rating possibilities, as against the IPO valuation in London, which is dependent on the current UK IPO market sentiments. In this view, the company has put on hold the IPO process and will reconsider the same as a possibility at a later time,” the company had informed Bombay Stock Exchange on April 1.

BILT has four production units in Ballarpur, Bhigwan and Kamalapuram in India and Sabah Forest Industries in Malaysia. BILT’s annual paper production capacity increased 88 per cent, from 403,710 TPA to 758,710 TPA as on Dec. 31. BILT anticipates having a total production capacity of approximately 1,134,000 TPA by the end of 2014. 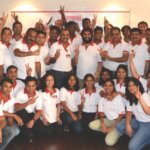