During the last 20 years, Chinese companies were competing with each other investing in huge increases in paper and paperboard capacities as large PMs bring economies of scale and thus enhance the competitiveness of the company. There was no doubt that this strategy worked during the fast development period when a large supply gap existed. The leading companies in China such as APP, Nine Dragons and Heng’an all expanded and were quite successful. New PMs generally have lower costs compared with the older smaller ones (Figure 1).

Companies who didn’t participate in the booming investment cycle in the past 20 years have gradually lost their positions and even been phased out of the market. Stora Enso’s failure in Printing & Writing paper is an unfortunate corroboration.

However, after 20 years of building capacity, overcapacity has become the norm in the Chinese paper and paperboard industry (Figure 2). Meanwhile, demand growth for graphic paper has slowed down due mainly to the negative impact of e-media. As a result, this previously hot investment spot started cooling down in 2013 (Figure 3).

Recently, there has been a rebound in new PM investments starting in 2016 and many companies have announced new projects. Paper prices have been rising and it looks like a huge wave of new PMs are coming – is another investment cycle just around the corner (Figure 3)?

Let’s look into details of the investments. If we split them by grade (Figure 4), it is clear that Packaging and Printing & Writing paper were the most attractive grades until 2012. While in China the demand for Printing & Writing paper continued its positive growth at least until recently, a decline in investments in new capacity seems to be anticipating an eventual decline in demand.

Unlike the Printing & Writing paper market, demand for Packaging and Tissue paper is expected to continue growing as they are not impacted by e-media development (in fact e-media is a positive driver for Packaging) but rather driven by population growth and economic development. It is logical that Packaging and Tissue paper are vital investment spots as evidenced by announced capacity tracked with FisherSolve™ Capacity Trends Analytics (Figure 5).

In fact, Packaging paper has still over 10 million tonnes of announced projects in the pipeline making it the biggest investment sector. But a consequent question has been raised: since there is no large supply gap as there was 20 years ago, can it be realistic to invest in huge capacity increases? Is it sustainable, and what impact will it bring to the industry?

Since Packaging paper is the single biggest grade with huge capacity announcements, we will take a closer look at it in this article. (For those who are interested in tissue paper, please write to us and we will answer your questions, or cover it in a future article.)

From Figure 6, we can see that containerboard is the biggest grade attracting investments. In 2017 alone, there is around 9 million tons of new capacity coming as announced. But if we bear in mind the overcapacity situation shown in Figure 7, and that there was around 2-8 million tons idled capacity (assuming operation rate ranges from 80-90% in 2016), it is easy to come to the conclusion that 9 million tons of new capacity would worsen the demand and supply situation and the investments won’t be easily justified.

We  can  draw  from  FisherSolve another  chart
( Figure 8 ) that clears any doubts about the large coming capacities. Of the 9 million tons of future projects in 2017, we can see that around 1 million tons are starting up and around 2 million tons remain under construction through the end of 2017. The remaining 6 million tonnes are still pending as announced plans. Whether these projects will be carried out, postponed, or canceled remains uncertain. Given current overcapacity in the Containerboard industry, it is highly likely that some of these projects would be postponed by at least a few years.

Another interesting observation is that a lot of projects have been announced by smaller producers or companies who are newcomers to the Containerboard industry. Projects from the top three leaders (Nine Dragons, Lee & Man, and Shanying) account for 26% of the total announced new capacity whereas these three producers currently account for 32% of existing capacity. So these big players are more cautious with new investments than smaller companies and newcomers.

In any case, concrete Containerboard projects are typically far fewer than those announced. Furthermore, the Chinese government is increasingly strict with environmental policies, and it is expected that several million tons of capacity in old and small plants will be closed during the 13th-five-year plan (2016-2020). This could explain the large number of announced projects even when the industry is already oversupplied. Whether or not there is a new investment cycle, the competitive environment is expected to be more intense for everyone in the industry and they should be prepared for this. We at Fisher look forward to helping the industry navigate the challenges.

The source for market data and analysis in this article is FisherSolve™.

Fisher International is a consulting firm that supports the global pulp and paper industry with business intelligence and data-driven strategy consulting. The information and analyses for this article are drawn from FisherSolve™, the industry’s premier market intelligence database and analytics resource. . .
. 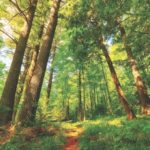 CEPI: The Paper and Forest Fiber Industry in 2050 via CEPI Roadmap 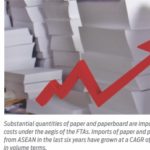