In the last six years, imports have risen at a CAGR of 15.8 percent in value terms and 17.6 percent in volume terms, which is a serious concern for paper makers.

Imports of paper and paperboard, excluding newsprint, into India have been steadily increasing. In the last six years, imports have risen at a CAGR of 15.8 percent in value terms (from INR 3,411 crores in 2010-11 to INR 8,237 crores in 2016-17), and 17.6 percent in volume terms (from 0.54 million tonnes in 2010-11 to 1.42 million tonnes in 2016-17). Imports are growing at a very high rate as compared to the increase in domestic production rate.
India is a wood fibre deficient country. Inadequate raw material availability domestically is a major constraint for the Paper Industry. Mill delivered cost of domestic wood in India is higher by almost USD 30-40 per tonne as compared to other Asian countries. Due to this single factor, cost of paper production in India is higher by USD 100 per MT.
Even as the industry is grappling with the issue of producing paper and paperboard at competitive costs, the problem has been exacerbated by the Government’s policy of extending preferential tariff treatment to import of paper and paperboard under the different free trade agreements (FTAs) and other bilateral and multilateral trade agreements and pacts.
Thus, while domestic industry is operating under extremely challenging conditions, substantial quantities of paper and paperboard is imported in to the country at significantly lower costs under the aegis of the FTAs. 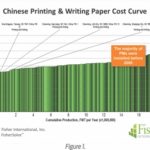 Boom in New Paper Machine Projects in China – Is Another Investment Cycle Coming? 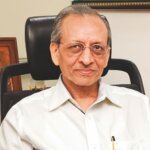 Emami Paper Mills Ltd.: Another Big Capacity in Offing After Success of First Packaging Board Unit