Through this paper, Cepi expressed its willingness to contribute to a methodology for the certification of carbon storage in products, to be included in a specific act in the European Commission’s proposal.

The proposal for a regulation on carbon removal certification released today by the European Commission recognizes several essential principles preventing such mechanisms to devolve into greenwashing. The upcoming regulation builds on the synergies between the potential of carbon storage products and the development of a circular bioeconomy.

In a circular bioeconomy, CO2 is naturally removed from the atmosphere and stored in growing forests. Before aging trees start to decay and release greenhouse gases, wood is harvested to be transformed into wood products and by-products such as pulp and paper, and the lifetime of fibres is further extended by well-established recycling systems. They store carbon for as long as their wood fibres are re-used, before re-entering biogenic carbon cycles. Carbon going back from the atmosphere to plants, then products, cyclically.

Other ‘carbon cycles’ are based on the capture and re-use of carbon from finite, fossil resources. While these can also be sustainable under certain conditions, Cepi welcomes that the EU Commission’s proposal for the certification of carbon removal allows for a clear differentiation between fossil and renewable biogenic carbon.

The proposed regulation plans for the further definition of different types of certification schemes via several delegated acts. As a precursor in the measurement of product-embedded carbon, and with an extensive expertise in the field, Cepi is ready to contribute to a methodology for the certification of carbon storage in products, to be included in a specific delegated act mentioned in the European Commission’s proposal.

Forest-based products, together with forests’ carbon sink, already have an overall positive net climate effect of -806 million tonnes of CO2 equivalent annually. This corresponds to avoiding 20% of all EU fossil emissions. An expansion of carbon removals via the substitution of fossil carbon by “recycled […] carbon from sustainable sources of biomass”, foreseen by the new regulation, could further increase this positive effect.

“If we are ready to leave a fossil-based economy behind us, EU regulation supporting renewable biogenic carbon would have to offer a predictable framework, enabling investments needed to reach climate neutrality. This, together with avoiding fossil emissions in the first place, would bring EU closer to reaching its ambitious 2030 and 2050 goals,” says Mr. Jori Ringman, Director General – Cepi (Confederation of the European Paper Industries).

“It would also make bio-based ‘made in Europe’ industries an essential part of the EU’s climate policy and would allow Europe to make the best of its home-grown raw materials, in a way that is compatible with our suppliers’ as well as our own efforts to continuously increase carbon storage in forests,” adds Mr. Ringman. 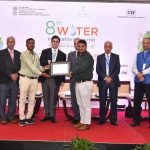