Yash Pakka Ltd., a pioneer in the sustainable packaging industry, has been named the Noteworthy Water Efficient Unit at the National Awards for Excellence in Water Management 2022 by the Confederation of Indian Industry (CII). The stellar accolade was presented at the 8th CII Water Innovation Summit organised by CII-Triveni Water Institute along with the Ministry of Jal Shakti, Govt. of India.

Further, the company has installed settlers (save-all) in its paper machines which essentially reuse effluents and suspended solids from water in the manufacturing process. With these initiatives, the company saves 750 million litres of water each year.

Speaking on the win, Mr. Jagdeep Hira, Business Head – Yash Pakka Ltd. said, “We are honoured to receive this recognition from the prestigious CII. Yash Pakka is determined to make all efforts towards a cleaner planet, and saving natural resources is our primary focus. We have taken our total water consumption down from around 50 m3/ton to 37 m3/ton in the last 4 years of hard work and commitment towards the environment which means savings of around 750 million litres of water annually. But we didn’t stop here, we have set a challenging target of 25 m3/ton of water consumption by the end of FY 2023-24, and we are already on it.” 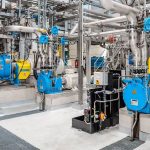 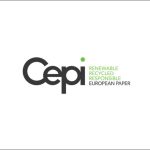