Profit margins of most paper producers remained under pressure in the first quarter of the current financial year, due to sustained rise in cheaper import from China and the Association of South East Asian Nations (Asean).

The paper segment of ITC reported a seven percent decline in profit before interest and tax at Rs 254 crore for the quarter, as against Rs 275 crore in the corresponding quarter last year. Ballarpur Industries had a net loss of nearly Rs 2 crore, compared to a Rs 0.4 crore profit earlier.

Domestic manufacturers say they have been unable to raise their prices in tune with a rise in the cost of raw materials due to the cheaper imports. “The industry has invested USD 4 bn (Rs 25,000 crore) in the past decade and is currently in a consolidation phase. It has the potential to contribute significantly to the ‘Make in India’ campaign. The industry has been representing to the government for intervention to check imports with a safeguard duty or special additional duty, especially against Asean players,” said Yogesh Agarwal, managing director, BILT Paper BV.

The Indian Paper Manufacturers Association (Ipma) says import of paper and paperboard (excluding newsprint) was worth Rs 7,222 crore in 2014-15 as compared to Rs 5,987 crore the previous year. Of that, import from China was Rs 1,293 crore in FY15 versus Rs 1,188 crore the previous year. In the past five years, total paper import from China has almost doubled, from Rs 677 crore in 2010-11.

“India is the fastest growing paper market in the world, with annual growth of five to six per cent. Indian demographics, the focus on literacy and government spending on education are all fuelling this. While India remains a great market opportunity, it has also attracted competition from around the world. Especially from Asean, where the basic customs duty on paper is nil under the Indo-Asean Free Trade Agreement,” said Agarwal. “In the past four years, import of paper and paperboard (excluding newsprint) has grown at a compounded annual rate of 21 per cent and from Asean at a compounded annual 39 per cent in value terms.”

Adds Sanjay Singh, Ipma’s president: “The organised paper industry in India has invested heavily in technology upgradation and creating new capacities so as to achieve economies of scale and compete internationally. In the past five years, the industry has invested Rs 25,000 crore. However, capacity utilisation and capital productivity are at an all-time low as cheaper imports are increasingly capturing a greater share of the growing domestic market.” 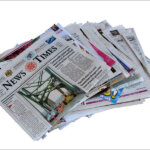 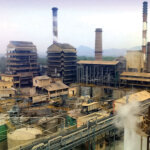