Emami Paper has announced a share issue to fund its cartonboard expansion project at a site adjacent to its existing mill in Balasore, Odisha. Emami Paper is putting up a 100,000 tons board machine that will be able to produce virgin fiber-based cartonboard as well as whiteback and grayback coated duplex board. The new board machine is expected to begin production by the second quarter of 2015.

It has announced the expansion will be partially funded by the issuing of 30,000 preferentially allotted shares, with which it aims to raise Rs. 120 crore.

The new board machine would be able to meet packaging demand from the firm’s parent company, the Emami Group, which manufactures consumer goods such as cosmetics, health and baby products, and edible oils. 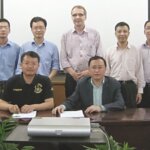