Orgainised by Paper Merchants Association, Delhi, during 21-23 September 2013 at Hotel Kempinski Ambience, the 52nd annual conference of Federation of Paper Traders Association (FPTA) served as an effective platform for concerns about paper business in India. Around 1,000 delegates from across the country attended the event, and Chief Minister Sheila Dixit graced the occasion as chief guest.

During the three-day event, which included a technical session followed by interactive sessions and a cultural extravaganza, delegates voiced their concerns about their trade and demanded a quick and suitable resolution of the problems that Indian paper industry had been facing.

Speaking about the importance of paper, Rajinder Gupta, Chairman, Reception Committee, FPTA, said that paper had become an essential part of our lives and that we need to preserve old paper documents, manuscripts and paintings done on paper. “We, therefore, request the government to establish a national paper museum in Delhi, where old documents, manuscripts and paper paintings can be stored. Education about paper-printing, packaging, impact of paper-making on environment and other paper-related issues can also be imparted at this museum,” he added. He also said that the government must abolish old, obsolete laws and pass one law related taxation for the paper industry, as that would make paper trade easier.

Mr. Rajkumar Bindal, President Nominee, FPTA, focused on the challenges that paper industry in India had been facing and highlighted the need for having “one-window taxation” for the industry. He said that the taxes that the government had put on paper trade are complex and need to be simplified. “Paper business is facing adverse circumstances. We have to pay so many taxes and that has reduced our profit margin. We also oppose foreign direct investment (FDI), as it will end up ruining small paper traders. We should also have a government department or ministry for trade – a ministry that can look into our problems and help us in making our business run smoother. It is said that trade is the backbone of a country. It therefore stands to reason that we should have a ministry for trade. Why is the government bent upon breaking the country’s backbone?”

Mr. Manohar Kothari, President, FPTA, spoke on paper industry’s shrinking profit margins and tax obligations. He said: “The Central Sales Tax (CST) rate should be reduced from the present rate of 2 per cent to 1 per cent and CST should be replaced with Goods and Services Tax (GST). In addition, there should be one GST throughout the country, that is, central GST; and since paper and paper boards are raw materials for finished products that are necessary for promoting literacy throughout the country, they should be in the lowest tax brackets. All other taxes, such as Octroi, Turnover Tax, Entry Tax and Development Tax, should be abolished. Also, the threshold limit for registration under the Service Tax should be raised to 20 lakhs and the exemption limit for income tax should be raised to Rs. 3 lakhs. Besides, the remuneration of partners limit in partnership firms should be raised from Rs. 3,00,000 to Rs. 5,00,000.”

Mr. Michael Amick, Jr., President, International Paper India, and Executive Chairman, The Andhra Pradesh Paper Mills Limited, focused on the need to have a correct understanding of paper industry: “When is it okay for perception to not equal reality? The general perception is that what we as a paper community do is harmful to the environment or detrimental to a particular community. This is simply not true. Here perception is not equal to reality. We therefore need to ensure that we have a correct understanding of what paper industry is doing. There are more trees on this planet today than there were a hundred years ago. We recently planted the billionth tree in India. On a worldwide basis, we recycle 40-50 per cent of the products we use. Our industry brings a huge amount of money to the economy every year and has generated a lot of employment. Do you understand the realities of what we do in this business? Do your children understand the realities? It is our responsibility to make them understand the realities.”

Mr. K.L. Chandak, Executive Director, The West Coast Paper Mills Limited, felt that paper industry has no plans for the future. He attributed the lack of planning to various limiting factors, such as availability of fibres and raw materials. “Markets for paper have gone down. During 2012-13 working of paper mills went down quite a bit. So, nobody is thinking of future expansion and growth and modernisation. Hence lack of plans for the future. But our paper industry should understand the importance of planned growth. If the top line goes up, the bottom line will also go up,” he averred.

Mr. Yogesh Agarwal, Managing Director and Chief Executive Officer, Ballarpur International Graphic Paper Holdings B.V., also shared his perception of paper industry in India and abroad. Speaking about the impact of structural changes in world economy on Indian paper Industry, he said, “Structural changes in world economy are not limited to specific industries; they are affecting process segments as well. Paper industry is witnessing a paradigm shift, and the rules of the game are being rewritten. On one hand, demand is being compressed in developed economies at unprecedented rates. On the other, Asian countries such as China and India are propelling demand and fueling growth.”

Sharing his perception of demand for paper in India, he said, “We are currently buying wood at perhaps the highest pricing, and I don’t think the situation will change in the next three to four years. The marginal cost of wood has reached $200 for several companies in India on average. For the first time in the history of Indian paper industry wood import makes a commercial sense and seems a reality; however, it is constrained by the inefficient infrastructure for handling wood chips. In the time to come, we will see concentration of port-based mills in India… .

“The capital availability in other countries is easier and lower as compared to India, but the market is not there; it is here. Joining the dots of capital availability, market demand and supply of raw material is a challenge in today’s world. Despite standing in the growth region and posting a healthy demand, India’s paper industry is facing pressure in the availability of wood and access to cheap capital.”

Speaking on addition of skilled talent to paper industry, Mr. Agarwal said, “Attraction and retention of the talent pool in the industry is also an important aspect to consider. In my span of 15 years in the industry I haven’t seen any addition of new skilled talent… . The large shifts that have taken place in the industry in the last couple of years, such as compression of demand in the west, paper moving to China, energy vows, raw material availability and transportation cost, are demanding a new set of skills. Old skills are either insufficient or inappropriate. No longer will the sole understanding of the customer and the market assist the working of the company; it is the ability to understand the world cycle that is emerging as a competitive advantage. The landscape of the Indian industry will completely change by 2020, as many new variables will come into the picture. Access to the global pool will bring about a paradigm shift in the industry. Strategic collaborations and joint ventures will also play an important role in going forward. Whether you are a local company or a foreign one, the ability to combine the dots will make a winning combination.”

In 1953, the government of India banned the sale and movement of newsprint in stock. The ban compelled paper traders to hold a joint meeting in Delhi to find out ways and means of coping with the new situation. During those days, only local paper traders’ associations existed in cities such Bombay, Calcutta, Madras and Delhi. People in Indian paper business from various parts of the country came to attend this meeting, and the arguments they put forward were so convincing that the ban had to be lifted without further ado. During the discussion that took place during the meeting, Mr. Lal Bahadur Shastri, former prime minister of India, advised paper traders to form a federation of all paper associations in the country. Following Mr. Shastri’s advice, Paper Traders’ Association, Bombay, convened the first conference of FPTA. Held on February 16, 1959, in Mumbai, the conference was inaugurated by Mr. Lal Bahadur Shastri and Mr. Jethmal Lalvani, first president of FPTA.

It may be mentioned that today’s FPTA consists of 33 paper traders’ associations representing all the states of the country. 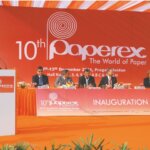 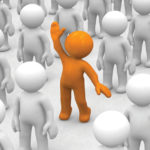