January 14, 2015
Kalyani (50 km from Kolkata) service workshop of GapCon GmbH, a subsidiary of the Irle Deuz based in Siegen, became officially operational recently. This is the first GapCon facility outside Europe and the country’s industrialists are upbeat as this will significantly cut down expenses of bringing in foreign experts for technical advice and assembling and repair.
“The Indian paper industry has been dependent on various European original equipment manufacturers (OEM) for technical sustenance since the last 60 years. The industry has been devoid of any indigenous or foreign-organized OEM and infrastructure, which could be in a position not only to complement and provide services but also the requisite incentive for cost-effective investment options,” said Ranajoy Chowdhury, MD, GapCon Engineering Pvt Ltd.
“This is primarily a service center with the capacity to make capital equipment. A clinching factor for selection of the spot at Kalyani was its proximity to a port. There are no reliable service centers in India so for assistance one needed to import expert help. Here, experts would be created by intensive training,” said Wolfgang Wiertz, MD, Irle Duez. India was a natural choice as there is continuous growth in the paper industry while American and European paper industries are facing tough times, he added. 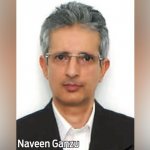