The decision will benefit Australia’s only paper manufacturer – Australian Paper – whose Maryvale mill is the biggest private employer in the struggling Gippsland region.

Indonesia has lashed out at Australia’s “unfair” decision to impose a tariff on cheap paper from Indonesia, warning it will affect free-trade talks between the two countries. As per a media report, Trade Minister Enggartiasto Lukita quoated as saying that he had written to Australia’s Trade Minister Steven Ciobo earlier this year saying the accusation that Indonesia had dumped A4 paper into Australia at below market cost was “not true”. The Federal Government announced on April 19 it would impose “dumping duties” on A4 copy paper exported to Australia from Indonesia (with the exception of one exporter), as well as from Brazil, China and Thailand.

Dumping duties are a protectionist tariff imposed on foreign imports, which a domestic government believes are priced below fair market value. Australia and Indonesia are in the middle of negotiating a free-trade deal, which the leaders of both countries want wrapped up by the end of the year. The Australian government decided to impose the duties after the Anti-Dumping Commissioner found the Australian paper industry experienced loss of sales, price suppression, reduced profits and reduced revenue as a result of the dumped paper. The decision will benefit Australia’s only paper manufacturer – Australian Paper – whose Maryvale mill is the biggest private employer in the struggling Gippsland region. 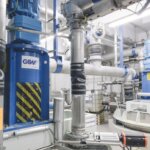 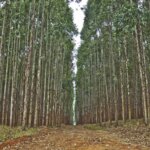