Imports of paper and paperboard into India have been steadily increasing and have been seen as a major factor, among others, impacting the economic viability of many paper mills in India, forcing several to close down. In the last seven years, imports have risen at a CAGR of 16.11 percent in value terms, and 19.47 percent in volume terms!

Mr. Rohit Pandit, Secretary General, Indian Paper Manufacturers Association (IPMA) recently talked exhaustively to Paper Mart on the issue of imports and how it is eroding the economic viability of the domestic manufacturing base. Excerpts:

Paper Mart: It has been quite some time since the Indian paper industry started raising the issue of growing imports. What is the state of affairs now vis-à-vis paper imports and its current size?

The seven year period coincides with the onset of the progressive reduction in the basic customs duty undertaken by India on imports of paper and paperboard under the free trade agreements (FTAs) signed with ASEAN and South Korea. While, under the India-ASEAN FTA, import duties came down to zero percent with effect from 1st January 2014, the import duties became zero under the India-Korea CEPA with effect from 1st January 2017. Moreover, the Indian mills have to struggle not only against the imports from ASEAN countries and South Korea, but also against the overall imports coming from other countries.

The Government has just notified reduction in the basic customs duties, to be effective from 1 July 2018, on imports of paper and paperboard from member countries of the Asia Pacific Trade Agreement (APTA) which includes China. The rates have come down from 10% to 5.7% to 9.5% depending on the grade of paper. This will again have a serious impact.

RP: India is the fastest growing market in the world for paper, but in spite of this, the domestic paper industry has remained stressed for several years. According to CPPRI, which does an annual survey of the paper industry, there are 863 paper mills in the country, out of which only 503 mills are operating. This is clear evidence of an industry under stress. Of course, growing imports are not the only reason, but it is an important factor. Imports have grown at a very high rate as compared to the increase in domestic production and have severely impacted the economic viability of many paper mills in India, forcing several to close down.

Such frequent closure of mills in other sectors has not been observed. Most of the analysts study the paper industry by looking at big, listed or integrated paper mills to arrive on a conclusion whether the industry is performing well or bad. This way to analyze the industry’s issue is not right as it excludes the medium and small sized mills, which constitute about 65-70 percent of the industry. These are the mills most hit by factors such as raw material crisis, imports, etc. The performance of such mills gives clear evidence of the industry being under stress. Even some large paper mills like Sirpur have shutdown. The impact has to be seen by analyzing the entire sector. Every mill, large, medium or small, has been adversely impacted.

Of course, there are other reasons apart from imports, but import is a major factor, which has impacted the economic viability of many paper mills in India, forcing several to close down. When you cannot compete with the imports in the domestic market, how will you sustain? Foreign mills are benefitted by captive plantation policies in their countries, by cheaper capital, by easy availability of fuels like coal, etc, unlike the mills in India, suffering from raw material crisis and coal scarcity. The Indian mills competing against nations with such kind of favorable policy environment is absolutely difficult.

PM: It’s a fact that paper imports in India from ASEAN are duty-free. However, is it right to call the duty-free imports ‘indiscriminate imports’ as is the case in the paper industry, especially when we know that supply-demand gap in the domestic market is spurring imports?

RP: In the last seven years, while total imports have grown at a CAGR of 19.5 percent, imports from ASEAN have grown at a staggering CAGR of 41.8 percent in volume terms. Similarly, for Korea in the last seven years, the growth in imports has been 57.9 percent per annum in volume terms. These are huge statistics, which you will not find in any other industry. That is why we have been raising this issue with the government. This will not be right to say that there is a supply-demand gap in the domestic market. India has enough capacity to meet domestic demand in virtually all grades of paper. Only in coated paper, there is a domestic demand-supply gap where imports are necessitated. But the point to be noted is that imports from ASEAN are mainly of uncoated paper, where there is no demand-supply gap.

ASEAN countries are export-driven with huge surplus capacity. Most of the developed world has imposed anti-dumping/anti-subsidy tariffs on import of paper to protect their domestic industries. Taking advantage of the nil import duty rate in India, these countries are diverting their excess inventory into India.

PM: Is it true that imports in many cases are happening at a cost lower than the input cost in the Indian mills? Please elaborate!

RP: As you are aware, paper manufacturing is raw material and energy intensive. Broadly, raw material cost as a proportion of total cost is upwards of 40 percent. In India, neither do you have a plantation policy, nor access to cheap energy. For last several years, the raw material cost, coupled with significant cost increase in fuel, has impacted the cost competitiveness of Indian manufacturers. Paper manufacturers in other countries enjoy many cost advantages due to access to cheap raw material through private plantations and coal in their countries, unlike in India.

The high input costs in India not only make the domestic manufacturers uncompetitive in the global market, but also impacts their ability to compete with cheap imports in the domestic market. Recent market reports suggest that the price of pulp being imported into India is higher than the price of imported finished paper! How can such a situation happen unless there is dumping.

PM: A paradoxical situation arises when we say that Indian paper industry can’t produce enough to meet the growing demands yet at the same time it complains of unutilized capacities because of imports, which is happening only because of unmet demand. This is a kind of vicious circle! Kindly elaborate on the puzzle and tell us about ways out of this vicious circle!

RP: There is no paradox. Given the right policy environment and access to competitively priced inputs, Indian paper industry can meet the growing market demand. But influx of cheap imports and the domestic demand-supply gap in raw material availability in the country has led to shutdown of several mills, and also adversely impacted future investments required for addition of new capacities. Paper industry is capital-intensive and investment decisions are taken only after very careful deliberations. Given such a scenario, not many have the appetite for Greenfield investments. Are you willing to risk that much of money where on one side there is a raw material shortage, and on the other side, you are not sure if you would be able to compete against the cheap imports coming into the country?

The Government needs to tackle the raw material constraint that the industry faces. There is an urgent need for a conducive plantation policy in the country. Further, to provide a level playing field to the domestic industry, paper and paperboard should be kept in the Negative List (that is, allow imports at normal duty only and not at zero or preferential duty) while reviewing the existing FTAs and formulating new FTAs.

PM:As per IPMA estimates, which are the segments affected the most by the imports? How can the Industry save those segments through self-interventions before the Govt. does something about it?

RP: The writing & printing segment is the most impacted by imports, especially copier paper and coated paper. In the last few years, paper mills have upgraded their technology, undertaken process optimisation, and reduced their operating costs. This is a continuing exercise. But, there are external factors like raw material cost, availability of coal and its cost which are beyond the control of the paper mills. These require Government’s policy interventions. For example, due to the coal shortage in the country and unavailability of railway rakes, paper mills are not even getting the contracted supplies from Coal India Ltd.

PM:The paper industry is lobbying the Govt., specifically the Ministry of Commerce & Industry, about the issue. What all considerations do you desire by the Ministry on this specific and what all has come out as a result of your constant representations?

RP: We have been meeting Government functionaries regularly to highlight the challenges being faced by the paper industry. We have advocated several policy interventions to the Government. In the case of uncoated copier paper and coated paper, finding prima facie evidence, the Directorate General of Anti-Dumping & Allied Duties (DGAD) has initiated anti-dumping duty investigations.

From 2-3 years, we have intensified our efforts with the Government. The Government understands the issues and is even sympathetic towards the paper industry, but they put forth the argument that once they have signed the FTA, they cannot retract from it. We have proposed that the Govt. should at least review the present FTAs and not rush into future FTAs. The Govt. should at least bring the import duties back to the normal level wherever the domestic industry is suffering.

Moreover, RCEP (Regional Compre-hensive Economic Partnership), a proposed free trade agreement (FTA), have Australia, China, India, Japan, South Korea and New Zealand as members besides ASEAN. If this agreement is also signed with paper and paperboard kept in the zero categories, our domestic industry will find it daunting to compete and survive against imports from nations such as China. We have to keep on highlighting our problems with the government.

PM: Do you think that only Govt. interventions would address the issue? What about the unmet demand? Wouldn’t industry do something simultaneously to raise its own production and quality standards to cater best to the demands?

RP: There are both internal and external factors. As far as internal factors are concerned, paper mills in India have been working towards better energy efficiency, green energy, employing a range of innovations and technologies. Paper mills have also undertaken significant upgradation of process technology to comply with stringent environmental norms standards so as to reduce fresh water consumption and effluent generation. Paper Industry has invested huge amounts in the recent past to upgrade and implement clean and green technology, product quality, farm forestry, etc.

As far as external factors are concerned, which are beyond the control of paper mills, policy interventions are required.

PM:Do you wish to add something?

We need the message to spread across the country that Paper is eco-friendly, biodegradable, renewable, recyclable and sustainable. 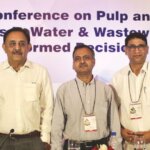 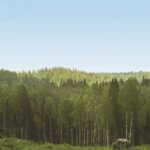