In its pre-budget representation, the association has urged the Ministry of Finance to review the current FTAs (Free Trade Agreements) for import of paper and paperboard that has led to large quantities of paper being imported in the country at significantly lower costs to the disadvantage of domestic paper mills.

June 25, 2019
Indian Paper Manufacturers Association (IPMA) has urged Finance Minister Nirmala Sitharaman to bring the commodity under the negative list as it would help do away with preferential tariffs treatment to imports and give a level-playing field to domestic mills.

As reported in Financial Express, AS Mehta, President, IPMA stated that the Indian paper mills have recently invested huge amounts to upgrade to clean technologies, product quality and farm forestry. More investments are in the pipeline. All this will be unproductive if imports are allowed at nil rates.

Both under India-ASEAN FTA and India-Korea CEPA (Comprehensive Economic Partnership Agreement), basic customs duty on paper and paperboard has been gradually reduced, and currently stands at zero percent.

Thirdly, IPMA has urged a uniform rate of GST on different grades of paper, specifically seeking reduction of GST on tissue/toilet paper and poly-coated paper from 18% to 12%.

Although India has sufficient paper production capacities, imports of paper and paperboard into India are leapfrogging in recent years. Indonesia and China are leading the paper importers to India, enjoying substantial export incentives. The US and EU used to be their traditional markets, but when they raised their tariff barriers, Indonesia and China have turned to vent their excess inventory in India, said Mehta. 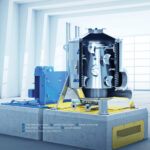 PrimeScreen X: The Next Generation in Screening and Fractionation 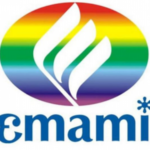