IPMA has also asked for imports to be allowed only through one designated port in the country so that there is proper monitoring of imports coming into the country in terms of valuation, quality, classification, etc.

In a communication to the Ministry of Commerce & Industry, Indian Paper Manufacturers Association (IPMA) has stated that the import policy in case of paper needs to be immediately changed from ‘Free’ to ‘Restricted’ and paper imports need be allowed only on the basis of Actual User License to halt the continued and indiscriminate import of paper from China and ASEAN.

According to the latest data released by DGCIS-Government of India, the total import of paper in India increased by 11% to 1.6 million tonnes in FY 2019-20. During the same period, imports from China went up by 14% to 289 thousand tonnes. Imports from ASEAN and South Korea under India-ASEAN FTA and India-Korea CEPA respectively, at nil import duty, went up by 18% and 9% respectively during the year. Chinese exports to India enjoy a margin of preference of 30% on most paper grades under APTA.

“Paper is one of the leading manufacturing sectors that have borne the brunt of imports the maximum. Several smaller paper mills, and even a few large ones, in India have been forced to shut down their operations due to commercial unviability, jeopardizing the employment of thousands. There is adequate production capacity in the country which is currently under-utilized. The compound annual growth rate (CAGR) in paper import in the country in the last nine years (between FY11 to FY20) is over 13%, which is perhaps the one of the highest amongst all the sectors that have been affected by surge in imports”, said Mr. A S Mehta, President IPMA.

He added, “Paper manufacturers in ASEAN countries and China enjoy access to cheap inputs and raw material, and also incentives and subsidies in their countries, and allowing imports from these countries at either nil or preferential import duties into India does not provide a level playing field to Indian manufacturers in the domestic market.”

IPMA has also asked for imports to be allowed only through one designated port in the country so that there is proper monitoring of imports coming into the country in terms of valuation, quality, classification, etc. This will help greatly in curbing unscrupulous practices, revenue loss to the Government, and benefit the end consumer.

“India is one of the fastest growing markets for paper and paperboard in the world with a growth rate of 7-8% per annum. The key drivers for consumption of paper and paperboard are greater emphasis on education and literacy by the government, demand for better quality writing & printing paper and growth in organized retail especially better quality packaging of FMCG products marketed through organized retail, over-the-counter medicines and increasing preference for ready-to-eat foods. However cheaper imports are meeting the increased demand at the cost of domestic manufacturing” added Mr. Mehta. 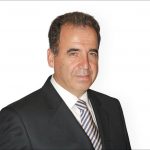 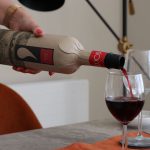