There was no import duty on newsprint so far.

Rejecting demands for the rollback of import duty on the paper used for printing newspapers, Finance Minister Nirmala Sitharaman stated that the 10% customs duty on imported newsprint was imposed to promote domestic manufacturers and the importers will have to pay tax on the shipment.
As reported in PTI, earlier this month the Indian Newspaper Society (INS) made a representation to the Central Government to withdraw the 10% customs duty imposed on newsprint, the uncoated paper used for the printing of newspapers, and lightweight-coated papers used for magazines- arguing the move will put pressure on the bottom line.
The intention of the government was to make sure that Indian manufacturers of newsprint are promoted as they were suffering due to cheaper import, she said at an event here. When pointed out that domestic industry is unable to meet the demand of newspapers, Nirmala Sitharaman said it is because 50 percent of the domestic manufacturer is underutilized. She further stated that the government has no problem in the importing but the industry will have to pay 10 percent duty
“Publishers of newspapers and magazines are already reeling under severe financial pressure due to many factors like lower advertisement revenues, higher costs and digital onslaught from technological giants. Small and medium newspapers will go into deeper losses and many of them will be forced to close down,” it had said.
India’s newsprint consumption is around 2.5 million tonnes per annum, while the domestic industry’s manufacturing capacity is only 1 million tonnes. Also, there are no domestic manufacturers of uncoated and lightweight coated paper. 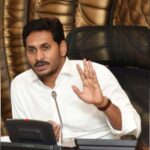 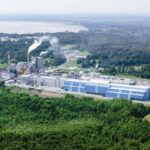