Two Sides, a global non-profit promoting the sustainability of print and paper, continues to address misleading environmental claims made by some of the world’s largest corporations.

Environmental claims such as “go green – go paperless” and “save trees” are regularly used by banks, telecoms, utilities, insurance companies and many other service providers, as they encourage their customers to switch from paper to lower cost electronic bills and statements.  However, a Two Sides global anti-greenwash campaign operating since 2010 has found that the majority of these claims are unsubstantiated and misleading.
To date, Two Sides has successfully engaged with 441 companies worldwide to remove or change such claims about print and paper.  Sectors showing the highest occurrence of greenwashing include telecom providers, banks and financial institutions, utility providers and governmental organizations.
In North America, 120 companies, including many of the Fortune 500, have changed or removed their environmental claims following discussions with Two Sides.  “Environmental claims in the U.S. and Canada must meet the guidelines and rules of the U.S. Federal Trade Commission and the Competition Bureau of Canada which include having credible and specific science-based facts to support claims.  Unfortunately, we have found that these requirements are rarely met and corporations use ‘go green’ claims purely for marketing and enticing more customers to digital options.  Companies are also ignoring the growing environmental footprint of their electronic infra-structure, including the use of non-renewable resources, energy and the large amounts of e-waste generated,” says Phil Riebel, President, Two Sides North America.
Martyn Eustace, Chairman of Two Sides Europe/UK, said: “We are really pleased that our ongoing effort is having such a significant effect on some of the world’s largest and most influential companies and organizations. However, our latest research shows that misleading environmental messages are having an impact on consumer perceptions of print and paper – particularly regarding the impact on forests.  This is why it is so vital for Two Sides to continue working with organizations to remove greenwashing claims and educate them about the unique sustainable aspects of print and paper.  Paper comes from a renewable resource and is one of the most recycled materials in the world. When responsibly produced and used, it can be a sustainable way to communicate.”
The drive to digital is not welcome by many consumers
Recent research commissioned by Two Sides has shown that consumers feel strongly about their choice to receive paper bills and statements from service providers.  In fact, efforts by major corporations to force their customers to go digital, often citing environmental benefits, are not welcome by many consumers.
An international survey of 2,094 consumers in the U.S. and 1,044 consumers in Canada commissioned by Two Sides in February 2019 found: 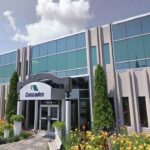 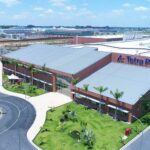