Improved market conditions have improved sales and profitability of paper mills in the December quarter with expectations of a sharp increase in demand ahead of the new academic year that will begin in Q1, FY 20.

The improvement in paper mills’ financial performance during the December quarter indicates a turnaround after a brief drawdown. During the quarter, paper mills’ raised their products’ prices and cut their cost concurrently which yielded helped improve their profit margins. The positive sentiment is likely to continue in coming quarters, as paper mills see room for a price increase of certain grades.

TNPL, meanwhile, reported 6 per cent increase in its paper production at 113,526 tonnes during October– December ’18 quarter compared to 106,558 tonnes in the corresponding quarter last year. The company’s packaging board output also surged to 47,489 tonnes for October – December quarter 2018 versus 43588 tonnes for the same quarter last year.

Meanwhile, specialty paper manufacturer Yash Papers Ltd plans to invest Rs 200 crore to expand their production capacity by 30 per cent to 150 tonnes per day and also doubling its paper products’ manufacturing capacity to 20 tonnes from the existing 10 tonnes. The commercial production on these plants with expanded capacity is set to commence in March 2020.

The domestic per capital consumption is little over 13 kg, below the global average of 57 kg. The growth triggers include rising income levels, growing per capita expenditure. The capacity utilisation levels and projected demand have caused companies to start building out additional production capacity. The paper industry, however, continues to face challenges such as access to quality and cost competitive raw material and competition from imports. 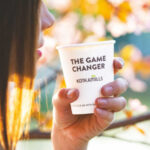 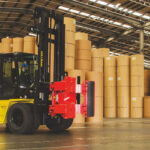