The sharp decline in import is set to help domestic paper mills further increase prices of their products ahead of the ensuing academic year.

India’s import of paper and paperboard declined by 25 percent in the first nine months of the current financial year due to the diversion of export consignments to China from surplus countries, including South Korea and the members of the Association of Southeast Asian Nations (ASEAN).

Data compiled by the Directorate General of Commercial Intelligence and Statistics (DGCI&S), under the Ministry of Commerce, showed India’s total import of paper and paperboard at 1.1 million tonnes for the period between April and December 2018, as against 1.47 million tonnes in the corresponding period last year.

The sharp decline in import is set to help domestic paper mills further increase prices of their products ahead of the ensuing academic year. Printers of books and notebooks will face the heat of an elevated paper price.

The government early this year levied USD 850 a tonne of import price, which further restricted dumping from overseas. According to industry sources, paper mills raised paper and paperboard prices by 4 per cent during the October-December 2018 to take advantage of lower import. “Our product prices have gone up by an average 4 percent during the December quarter. Writing and printing paper prices are holding currently, but they may move up. Prices of packaging board are expected to soften in near future,” said V Kumaraswamy, chief financial officer, J K Paper.

Paper mills in India have been going through a tough phase because imported paper and paperboard, especially from China, ASEAN and South Korea under various free-trade agreements and bilateral treaties.

In value term, overall import of paper and paper board has reported a decline by 20 percent in dollar terms, and 13.54 percent in rupee terms during the period between April and December 2018. 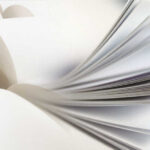 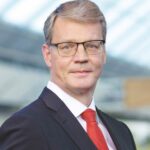