Imports have increased at 11.8 Percent annually in value terms in the last 6 years.

Imports of paper, paper board and newsprint by India are expected to touch four million tonne in 2017-18 against three million tonne in 2016-17, according to the Indian Paper Manufacturers Association. Imports have increased at 11.8% annually in value terms in the last six years and touched Rs 13,937 crore last financial year, according to Rohit Pandit, Secretary General, Indian Paper Manufacturers Association,

Under the India-ASEAN free trade agreement, import duties on all tariff lines under paper and paper board were reduced gradually and from January 1, 2014, it was zero duty. From January 1 this year, it was zero duty for imports from South Korea too based on the FTA with that country.

“Reviewing the free trade agreements will be long-drawn processes and should have the consent of all the countries concerned,” said Mr. Pandit. “Imports can be curbed by imposing anti-dumping or safeguard duties. But, these are quasi judicial processes,” he added.

The pulp and paper industry has made huge investments in the last five years and there is a significant drop in margins with higher imports. Countries such as Korea and Indonesia are fibre-rich and hence, are competitive price-wise.

“As things stand today, there is a very serious threat of existing investments in capacities turning economically unviable,” he added. Import-related demands are among the main pre-budget issues raised by the industry with the government, added P.G. Mukundan, Secretary General, Indian Agro and Recycled Paper Mills’ Association. 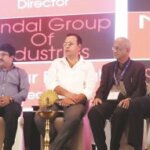 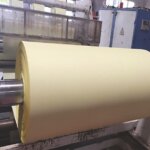 DSG Papers, Punjab to Expand Its Capacity to 600 TPD