The size of the Indian Paper Industry is the most discussed subject, there are no clear data’s available with regard to production and consumption of paper in India. Various industry stalwarts feel that India produces about 10 million tons of paper and consumes a little over. While we estimate the actual production of paper is around 12 million tonnes with an installed base over 15 million tonnes.

The idea behind this article is to highlight the key areas where the paper is used and will be used and the segments which drive the demand of paper directly or indirectly and how it will keep growing in future with economic growth of the country.

Keeping this optimism along with the challenges, the Indian paper industry has grown in the past and now the industry has to have a planned growth path so as to overcome the challenges of raw-material availability, manpower, short term over capacity situation, environmental footprint etc.

Education is an important indicator of social develop- ment. It is increasingly becoming the primary determinant of overall development in the emerging knowledge economy and the growth of paper industry too. India has made huge progress in terms of increasing primary education attendance rate and expanding literacy to approximately two thirds of the population. However, education is still far behind developing countries such as China or Thailand.

Many new path breaking initiatives have been announced

• HR ministry sought $ 400 billion from Government to pump in Indian Education System for investment during next decade. They plan to build over 30,000 colleges and between 800 and 900 universities by 2020.

• SSA is being implemented in partnership with State Governments to cover the entire country and address the needs of 192 million children in 1.1 million habitations.

• To further improve female literacy rate, the Government has recast the earlier National Literacy Mission as a new programme “Saakshar Bharat”. It was launched in September, 2009 with a target of 7 crore non-literate adults which includes 6 crore women.

India is the second largest print market in the world still, with a readership base of over 350 million. At present, there are 69,323 newspapers in the country, according to the Registrar of Newspapers of India. Uttar Pradesh, with the largest number of registrations, accounts for 10,779 newspapers.

India’s newspaper industry generated USD 3.8 billion in sales last year, according to the World Association of Newspapers. Moreover, KPMG says that figure is set to rise by 9 per cent every year over the next four years to USD 5.9 billion (Rs. 25,000 crore) and the magazines would rise to Rs 2000 crores, helped by a rising literacy rate, from a present 68 per cent (compared with 99 per cent in the UK) and a rising population of 1.2 billion that is expected to increase by a further 100m people by 2020.

While PWC says, the Indian print media industry has 28% share in total media & entertainment industry and is projected to grow by 7.4% over the period 2010-14, reaching to Rs. 230.5 billion in 2014 from the present Rs. 161.5 billion in 2009. Magazine publishing is expected to grow at a higher rate of 11.5% as compared with newspaper publishing which is expected to grow at 6.8% for the next five years. This is due to the expected launch of a host of niche magazines who will command higher advertising premium. Regional print market will be the driving force behind the growth of the print media.

Findings of the National Youth Readership Survey, undertaken by NCAER on behalf of the National Book Trust, reasserts that the literate youth display a higher level of confidence in newspapers than TV – while 54 percent of the youth view television for entertainment and 22 percent for news and current affairs, about 63 percent read newspapers to gather news and information on current affairs and only 10 per cent read it for entertainment. Media pundits believe that the print segment in India will continue to enjoy a stronghold despite digital penetration.

A major function of packaging is the communication of the product apart from its protection and movement to places. Three-quarters of all finished goods require a package. Packaging is used everywhere from pin to plane such as FMCG, consumer goods, electronics, pharmaceuticals, fashion & apparel, industrial products etc. The key factor leading to growth in packaging sector would be growing middle class giving impetus to consumption of various products.

Growing middle Class : The Indian middle class, target consumers for many companies, is expected to swell up to 267 million people in the next five years, up 67 per cent from the current levels, thus providing a great market opportunity for firms, according to NCAER. As per the findings, the percentage of the middle class in the country’s total population will increase to 20.3 per cent by 2015-16 and 37.2 per cent by 2025-26. The Rural Consumer is getting connected & networked and becoming quality conscious by necessity.

Growth in Retail Sector : With rising disposable incomes, expansion of stores and supporting economic factors, India’s retail sector is expected to grow to about $ 900 billion (around Rs. 40,00,000 crore) by 2014, according to a report by global consultancy and research firm PricewaterhouseCoopers. Organized retail penetration, which was expected to touch 16 percent by 2012 from the current 5 percent, is likely to trace 10.4 percent only. Modern, western-style retail outlets are becoming a familiar sight in India. Online commerce and retail will be the next major area for retail growth for India.

Processed food is on rise : Food retail sector in India is set to be more than double to $150 billion (around Rs. 670,870 crore) by 2025, according to a report by KPMG. The India’s food retail sector, which is currently estimated at $70 billion (around Rs. 313,137 crore) will be more than double in the next 15 years. With its vast population base, growing middle class and strong macro-economic environment, the Indian market has seen processed food emerge as the one of its fastest growing segments. Rapid lifestyle transformation, particularly in urban areas, has resulted in a dramatic increase in the demand for processed, packaged and ready-to-eat food products.

Copier paper today used as a facilitator of communication through its use in documentation for various purposes and is printed mainly on photocopiers, office printers and digital printing machines. While the print industry is growing at about 12.2%, digital print is growing almost at about 25% and the Indian digital printing market is expected to grow from US $504 million in 2006 to as much as US $2.5 billion by 2012. According to Gartner reports the shipments of inkjet and page (laser and LED) printers, copiers, and MFPs in India in 2010 rose to 3,024,542 units from 2,250,900 in 2009 showing a growth rate of 34.4%. In 1992, there were only 410,000 personal computers in India whereas in 2010, an estimated 7 million PC’s were sold in the country.

Copier paper market in India is pegged around 425,000 tons annually and the unorganized market adds another 20% to this. The copier segment is expected to continue growing with the growing size of SOHO, BPO & KPO, university graduates, documentation needs for various purposes and the growth of the economy. 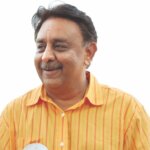 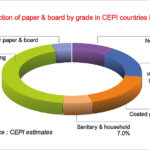