Following the severe economic downturn experienced in late 2008 and throughout 2009 the industry had a much more positive 2010, although overall volumes remain some way below pre-crisis levels. Indications are that CEPI member countries produced more than 96 million tonnes of  paper and board in 2010, representing a rise in the region of around 8% over 2009. Paper production reached 103 million tonnes in 2007 and decreased by 13% between 2007 and 2009.

Production increases across all grades when compared to 2009

The production of packaging grades is estimated to have increased by approximately 9% when compared with 2009. Within the grades, case materials recorded an increase in production of between 9.5% and 10% and output of wrappings increased by a similar level. The output of carton board plus all other packaging is estimated to have increased by about 8%. Because only tonnage variations are being measured it should be noted that these volumes are affected by the continuing trend towards light weighting.

Hygienic paper manufacturers are estimated to have seen a more restricted rise in output of between 2% and 3% when compared with 2009, which mi r ror s the fal l in product ion experienced in 2009 and thus returns volumes to more or less the 2008 level. This is mainly due to the more stable developments in the retailing sector and the fast moving consumer goods industry. Production of all other grades of paper and board – mainly for industrial and special purposes increased by around 11%.

Overall paper consumption rises by between 5% and 6%

It appears that the overall consumption of paper and board in CEPI countries in 2010 will increase by 5% to 6% when compared to 2009, based on the latest data from the third quarter. According to Eurostat the GDP growth rate for EU27 in 2010 will have increased by 1.8% on 2009, with GDP growth forecast to increase by 1.7% in 2011. 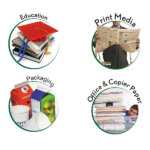 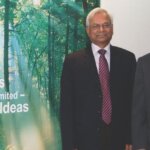