Paper towels should be the preferred way to dry hands after washing and so reduce the risk of virus contamination and spread.

Using paper towels to dry hands is substantially more effective than jet dryers for removing viruses, including the novel coronavirus that causes COVID-19, according to a study. Hand drying is important to minimise the spread of dangerous microbes since failure to remove them increases transfer to environmental surfaces and increases the opportunities for transmission and spread, the researchers said

The researchers, including those from University of Leeds in the UK, investigated whether there are differences in extent of virus transmission, according to hand drying method, beyond the washroom to the hospital environment. Four volunteers simulated contamination of their gloved hands using a bacteriophage — a virus that infects bacteria and is harmless to humans. Their hands were not washed after contamination — this was to simulate inadequately washed hands. Hands were dried using either paper towels (PT) or a jet air dryer (JAD).

Each volunteer wore an apron, to enable measurement of clothing contamination during hand drying. Hand drying was performed in a hospital public toilet and, after exiting, samples were collected from public and ward areas. Surface sites were sampled following contact with hands or apron. Volunteers were asked to cross their arms across their chest while using the apron, before resting on the arms of the chair. The team found that both JAD and PT methods statistically significantly reduced virus contamination of hands.

Viral dispersal to clothing was 5-fold higher with JAD compared to PT, they said.

Phage transfer from apron to the armchairs via the crossed arms was detected only after JAD use, according to the study. This suggests transference of microbes to environmental surfaces can occur directly from hands that remain contaminated after hand drying, but also indirectly from a person’s body that has itself been contaminated during hand drying, the researchers said.

“There are clear differences, according to hand drying method, in the residual microbial contamination of the subject’s hands and body,” the researchers said.

“Crucially, these differences in contamination translate into significantly greater levels of microbe contamination after jet air drying versus paper towel use from hands and body beyond the toilet,” they said.

The researchers believe that their results are relevant to the control of the novel coronavirus that is spreading at pace worldwide.

“Paper towels should be the preferred way to dry hands after washing and so reduce the risk of virus contamination and spread,” they said. 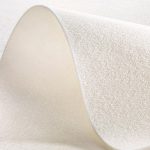 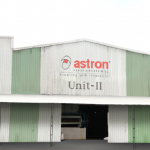