It took Xu and his team from Nanjing Technological University nine months to design the equipment. Xu is also deputy governor of east China’s Jiangsu Province and head of the provincial department of science and technology. The project is managed by a local water treatment firm and has been running successfully since January 2014.

Paper plants are major polluters worldwide and it is common practice to discharge waste into rivers or the sea after treatment. The Oji plant once planned to discharge waste water into the Yellow Sea via a pipeline but the project was canceled due to protests by people living along the coast. The recycling project cost half as much as the pipeline was expected to and its operation costs are 30 percent lower. 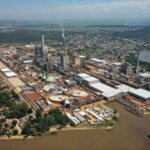 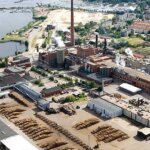