Eka, who Bloomberg claims controls the world’s second-largest palm oil producer through Singapore-based Golden-Agri Resources, was reported to possess USD 8.4 billion in total wealth and was ranked 139 on the index of the 200 richest people as of Sept. 13.

According to Bloomberg, the 90-year-old Eka holds a four-star confidence rating, which means that the majority of his fortune is held in publicly listed companies or private operations in a country, where transparent data is available.

In Indonesia, Sinar Mas is one of the largest business conglomerates, the main businesses of which include pulp and paper, agriculture, property and development, financial services, energy, infrastructure, and telecommunications.

Later Sinar Mas expressed that it considers rating Eka Tjipta Widjaja amongst the 200 richest man in the world by Bloomberg Billionaires Index is a mistake. The company official said, “first of all, Sinar Mas is not a holding company and has never published an integrated financial statement including all business units together. Secondly, since 2004 Eka Tjipta has decided to concentrate on social activities and is not getting involve anymore in managing or even sit in any of the business units of Sinar Mas management structure.” 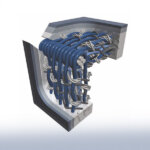