Getting a paper producer to run a trial on a new press fabric is a big deal. If the fabric does not perform, production is lost, time is lost, and money is lost while the trial fabric is removed and replaced. That is why the people at AstenJohnson were amazed at the reception that their new AccuFlow II press fabric has garnered by printing and writing grade producers. To date, 95 per cent of the trials have resulted in new orders for the fabric. And remarkably, 65 per cent of these orders have been received while the trial fabric is still on the machine.

“We knew that we had something good,” says Daniel Hédou, AstenJohnson’s global innovation leader for press fabrics, “but this is virtually unheard of. Usually, papermakers will not reorder a product until the trial fabric has come off the machine and has been fully evaluated.”

AccuFlow II is the newest addition to AstenJohnson’s press fabric portfolio. It shares some of the unique features of the original AccuFlow (like a patent-pending base design that gives it superior water handling abilities) and has the added ability to resist wear from abrasive fillers.

“Of all the seamed structure fabrics in the marketplace, we are the only ones laminating a two-layer with another two-layer product,” Hédou explains. “The fabric stays open on the machine, giving it exceptional water handling capacity.”

According to Hédou, mills running the AccuFlow II fabric have documented savings of over $ 13 million combined due to longer run times, reduced sheet breaks and greater dewatering with less vacuum, which saves energy. To date, the fabric has been run on 17 different positions on paper machines.

The base for AccuFlow II, which is primarily designed for high-speed printing and writing machines, is manufactured using single monofilament and cabled monofilament yarns. This provides resistance to compaction, low flow resistance, high water handling capacity and increased resistance to wear. 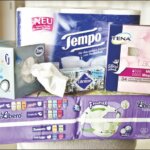