The HYFLEXPOWER project is aimed at demonstrating that renewable energy can be converted to hydrogen and serve as a flexible means of storing energy. This is an important first step forward in the journey to a carbon-free industry.

The HYFLEXPOWER consortium and Smurfit Kappa have announced the successful completion of the first stage of the HYFLEXPOWER project, an innovative research project on renewable energy. This project located at the Smurfit Kappa Saillat paper mill in France is the first in the world to introduce an integrated hydrogen gas turbine demonstrator.

The hydrogen pilot was successfully trialled last month with a mix of 30 percent hydrogen and 70 percent natural gas. The aim of the HYFLEXPOWER project is to clearly demonstrate that renewable energy can be converted to hydrogen and serve as a flexible means of storing energy which can then be used to power an industrial turbine.

The project officially marks the implementation of the world’s very first industrial-scale power-to-X-to-power demonstrator with an advanced hydrogen turbine. In 2023, trials will continue to increase the hydrogen ratio up to 100 percent.

Garrett Quinn, Chief Sustainability Officer of Smurfit Kappa, commented, “We are focused on reducing our emissions with the best available technology today, but equally this announcement demonstrates how we are focused on looking beyond 2030 and trialling new technology, such as hydrogen, today. This project will allow us and our partners to understand the technical feasibility of using hydrogen with a lot of our existing energy infrastructure. This is an exciting project for us, and industry in general, as we progress on our journey towards net zero.”

The project was inspired by the European Commission’s (EC) ‘Hydrogen Strategy for a Climate-Neutral Europe’ report, which outlines the essential role that hydrogen will play within the European Green Deal carbon neutrality and energy transition initiative.

Commenting on the end of the initial testing phase, Gaël Carayon, Director of Subsidiaries at ENGIE Solutions, said, “Ambitious projects like this one require taking partnerships to the next level and being united in a joint mission to make decarbonisation a reality. Hydrogen will play a crucial role in the interaction between renewables and electricity storage and generation. ENGIE Solutions is proud to participate in this unique project.”

Bertrand Muguet, Smurfit Kappa Saillat Paper Mill Manager, added, “We are delighted that the initial testing phase of the project was completed successfully at our Saillat paper mill. Smurfit Kappa is proud to be collaborating with our partners on this project which tests new technologies that we believe will form part of our net zero delivery.”

Dr. Ertan Yilmaz, HYFLEXPOWER Global Director at Siemens Energy, said, “With the HYFLEXPOWER project we are showcasing that carbon-neutral and reliable power supply is possible – even for energy-intensive industries. Hydrogen-ready turbines will play a decisive role in climate-neutral energy, so it is very exciting to be looking forward to the next phase of testing.”

The project, first announced in 2020, involves significant funding by the EC, with two-thirds of the EUR 15.2 million investment coming from the EU’s Horizon 2020 Framework Programme for Research and Innovation. The next trials for the HYFLEXPOWER project are scheduled for spring 2023. 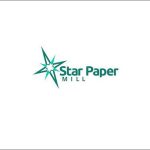 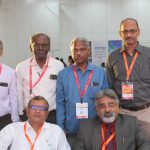 TNPL to Come Up with 200,000 TPA Packaging Board Plant