The deliberations that took place at the recently concluded European Paper Recycling Conference are quite worthwhile to note for the Indian buyers of recovered paper from the western world.

• GDP growth rates are extremely low with few of the countries in the Euro Zone expected to record zero growth.

• These are adversely affecting the paper industry in Europe and the US.

• ROI of US & European paper mills is heading southward.

• Reduction in Newspaper ads from 31% to 21% and increase of E-ad from 3% to 14%, slowing down Newsprint industry growth.

• Import of packaging grades from non Euro Zone getting increased.

• Necessitating shutting down of additional paper capacities in Europe to restore the demand supply equilibrium.

• However, higher recovery in its turn is leading to higher cost, pushing up recovered paper prices.

• Less generation, higher cost of collection, are also leading to:

e. quality differences, arising out of different methods of collection in different countries of the Euro zone,

• Consequent upon lesser generation and higher cost of collection, base prices for all grades of recovered paper will get pitched at higher levels. Earlier historical price bands will no longer be valid.

• Will also require ability on the part of the paper mills to handle recovered paper with newer packaging material and novel kinds of barriers.

• In addition to better deinking; mills will require improved equipment support for sorting the higher contaminants in the incoming recovered paper.

In the coming days, fight for limited fibre can only become more intense and survival will rest upon innovation in terms of sources of supplies, identification of grades, usage of technology and practical approach. One can no longer look at recovered paper for recycling as ‘Waste Paper’ as this will be the main source of fibre for large number of mills in the northern hemisphere.

Few other trends worth noting:

In order to get a feel of the market trend and the direction it is likely to take; it may be interesting to note few features, as follows :-

• Consequent upon increased demand for recovered paper in the Euro Zone and in the US; aggregate export of recovered paper from Europe and the US to Far East, Oceania & others have fallen in the Jan-Jun 2010.

• According to RISI, OCC will remain on the upward track, till 2012, as demand will continue to be stronger than generation.

• The price forecast upto 2012 from the US and Europe also show a rising trend:-

– from Europe 16% – 35% depending upon the grade and the country of origin within the Euro Zone. 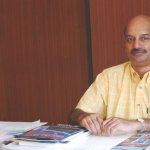 Made In India: Accepted Globally 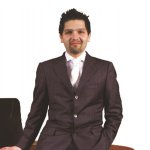