China’s booming economy, rising middle-class and the trend towards urbanisation puts China on track to become one of the fastest growing markets for liquid dairy consumption globally. According to Tetra Pak’s 2011 Dairy Index, China’s demand for liquid dairy products will surge by 40 per cent, from 25 billion litres in 2009 to 35 billion litres in 2013. Forecasting growth, Tetra Pak has invested heavily to increase on-site capabilities for customers, including enhanced support for new product development and market exploration, in addition to increased production capacity and a richer portfolio of services.

“Tetra Pak’s Hohhot converting plant has become one of the most technologically advanced and productive Tetra Pak production facilities both in China and globally,” said Tetra Pak China President, Steve Yin. “By investing at Hohhot, we aim to deliver maximum value as customers seek to identify and respond to new liquid dairy opportunities in this booming market.” 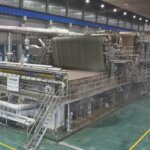 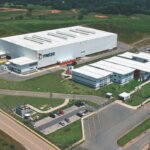