Japan strictly follows 3 R’s (reuse, reduce and recycle). The government plays a major role in creating awareness among people to segregate their waste. It has incentive systems and clear policies for a successful recycling system. Anyone who has visited Japan will know how the Japanese people follow these rules meticulously.

Schools and institutions play a major role in creating awareness among young minds. In general, citizens volunteer to keep the society clean. Municipalities share the segregation and collection guidelines document with every household. Community associations play a major role in collecting waste and transporting it to the municipality for a reward. The main pillar of paper recycling success is their direct delivery rights to sell to wholesalers as well as to export it.

Households and businesses separate their trash into burnable items (everything from kitchen scraps to plastic bags, paper and clothing), non-burnable items (glass, metal, batteries, crockery and electronics) and recyclables. Typically, burnable garbage is collected twice a week, non-burnable twice a month and recyclable materials, such as PET bottles, glass, newspapers and cardboard, once a week; oversized trash and appliances are handled under a separate system. 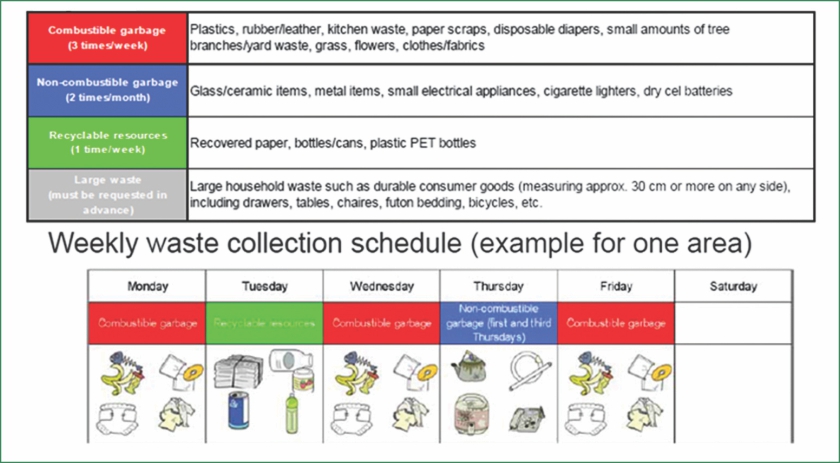 To reduce total waste ending in landfills, an effective waste disposal system has been put in place. Japan has taken the responsibility of adopting various measures and policy guidelines for waste management, like its waste management cleansing act and more. It also follows the circular economy model where waste is handled by manufacturers in their premises (extended producers’ responsibility). Manufactures also have the responsibility of manufacturing and designing products that are worth collecting and recycling. A specific labeling system has also been put in place for recycling.

Main Reason for Recycling Success Is the Collection System

Waste collection is done in three ways; and to encourage recycling, a lot of subsidies are also provided. To avoid illegal trading of waste, MoU is signed to use GPS in the collection points to track where the waste is being transported. 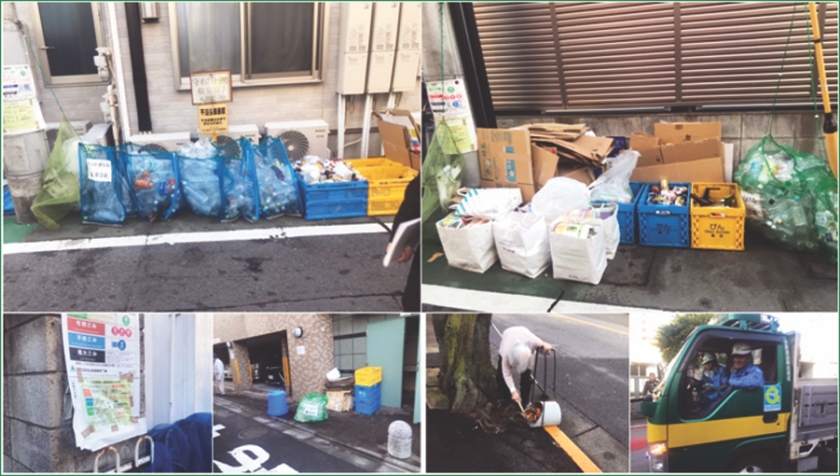 Waste management happens in three stages: collection, intermediate processing including incineration and pulverization, and landfills. Waste is collected from these collection points by the municipality and taken to be treated at local decentralized recycling centers, which is intermediate processing. Wastes are getting bailed appropriately, categorized and sent to manufacturers to recycle them and use as raw material. Non-recyclables are treated in their decentralized recycling centers or transferred to a centralized largest recycling center. Centralized incineration treats waste in an environment friendly manner, and the residuals are sent to Japan Last Landfill.

Japan follows the circular economy model where waste is handled by manufacturers in their premises (extended producers’ responsibility). 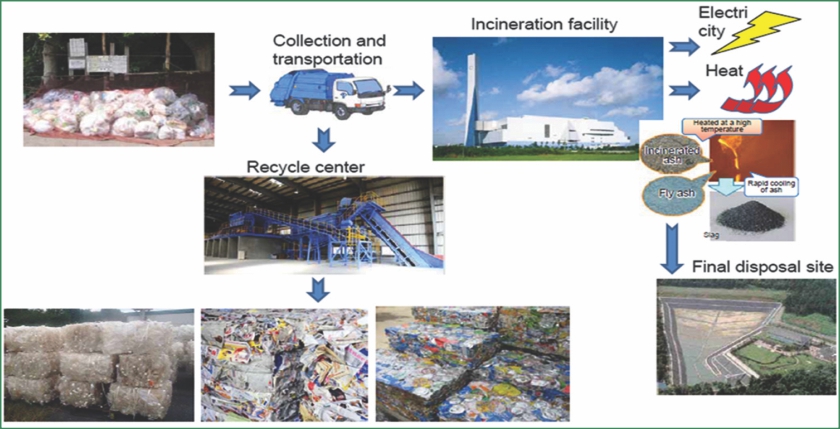 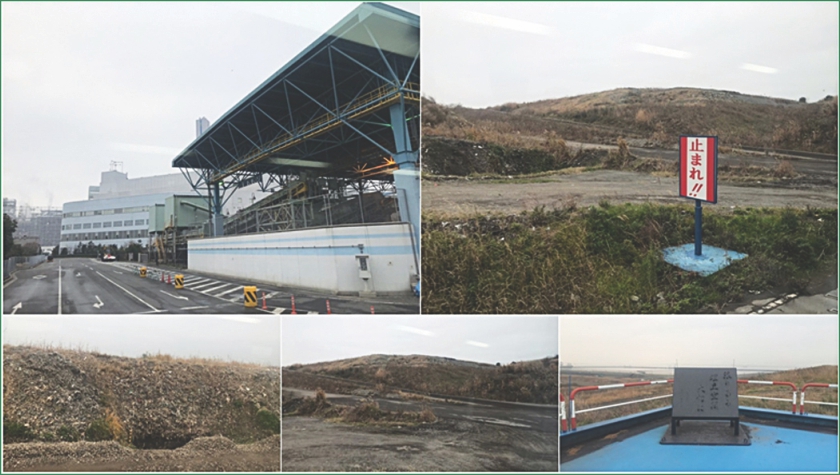 This landfill turns garbage to land that can be used in future. Incinerated residual ash is disposed in soil with layers scientifically designed to treat the waste. Japan Landfill is no surprise; it looks beautiful and doesn’t look like a landfill.

One paper mill has a dog named “Silk”. It has been trained to inspect odor in the recovered paper blocks for effective recycling of paper. n

– This article has been written by Uma Dotc. 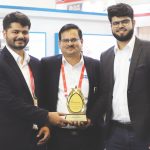 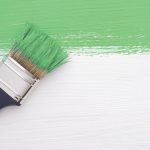