After taking over the Frohnleiten plant in the year 2010, W. Hamburger GmbH tried everything to achieve economic efficiency of the paper mill by means of synergies with the Hamburger plant in Pitten/Lower Austria, as well as through investments and reorganisation. Due to over-capacities on the European paper market and the intensified international competitive context, the company did not succeed in breaking the 15-months lasting period of loss in Frohnleiten. Closing down the paper machine is planned on 30 April, 2013.

The specific equipment in Frohnleiten with a total capacity of 170,000 tons, produced on two small paper machines with only 2.5 m working width, is not able to compensate long term cost disadvantages on the market. In Great Britain and Poland, two new paper machines with a capacity of 450,000 tons, respectively, and a working width of 7.5 m, go into operation within a few months. Moreover, the current situation in the business sector does not give reason to expect a turnaround.

The first paper machine will be turned off on November 1st, 2012, the second remains in operation until the definite close-down of the plant on 30 April, 2013. 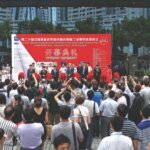