In 2017, China tissue paper market continued steady growth with the highest growth rate in the world. However, the market became more competitive. The new investments were dominated by the production expansion of leading enterprises and the equipment upgrading of the existing small and medium enterprises, which further enhanced the concentration rate and overall equipment level of the industry. 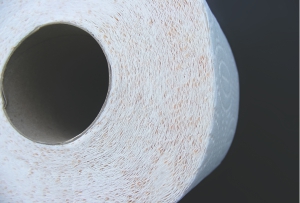 Due to the relative overcapacity in China, the price increase of the main raw material – market pulp, and the stricter environmental requirements, the enterprises are faced with greater operating pressure and forced to save energy, reduce consumption, and enhance the marketing through various channels. The product innovations are centered on the changes of consumer demands in order to keep pace with the high-end trend of consumption.
I. The industry continues to maintain growth momentum with favorable operation performance achieved on the whole, and steps up the high-end development
1. Tissue paper market grows the fastest among all the paper categories in China
2. China tissue paper market has the highest growth rate in the world
As shown by the data of RISI, from 2011 to 2016, the annual growth rate of the global tissue consumption never exceeded 4%. However, the annual growth rate of tissue consumption in China was never lower than 6.6%.
3. The leading enterprises continued to expand capacity, while the small and medium enterprises accelerated equipment upgrading
The tissue machines newly put into operation in 2017 were dominated by the new crescent or vacuum cylinder tissue machines. The leading enterprises mainly chose imported tissue machines for their new projects, while the homemade tissue machines were chosen by most small and medium enterprises. The enterprises in Baoding tissue paper base in northern China accelerated the equipment upgrading process. While putting the new tissue machines into operation, they also eliminate more backward tissue machines with high energy consumption and low efficiency.
According to the statistics by CNHPIA, by the end of December, 2017:

In 2017, Baoding Gangxing, Hebei Yihoucheng, Hebei Golden Doctor, Guangdong Shaoneng, Sichuan Vanov, Yunnan Jinchen, Guizhou Chitianhua and other small and medium enterprises put 10 sets of imported tissue machines into operation, with about 300,000 tons of production capacity.
In 2017, about 80 sets of homemade tissue machines were put into operation. The equipment suppliers mainly included Foshan Baotuo, Shandong Weifang Hicredit, Shandong Xinhe, Shanghai Qingliang and Guizhou Hengruichen. Almost half of these tissue machines (about 40 sets) were provided to the tissue paper manufacturers in Baoding Hebei.
4. Vinda, C&S and other listed companies realized satisfactory performance in the first three quarters of 2017, with both sales revenue and profit achieving year-on-year growth.
II. Relative overcapacity and more rational investment
1. Relative overcapacity: Currently, China tissue paper industry is still in the stage of overcapacity with higher competitive pressure. In addition, as the national environmental requirements become increasingly strict, the operation of tissue paper plants in Hebei, Sichuan, Shandong and other regions are affected adversely. It’s expected that the average operating rate of the whole industry was less than 80% in 2017. Besides some projects planned to be put into operation in 2017 are still delayed.
2. More rational investment

• In 2017, the newly signed projects were mainly related to the existing tissue paper enterprises to increase capacity or construct new production base

III. Rising price of main raw material wood pulp put greater pressure on enterprise operation
Since the fourth quarter of 2016, the price of market wood pulp started to rise, which also continued in 2017. Especially since the Chinese government tightened controls on the import of waste paper from August 2017, the price of imported and homemade market pulp skyrocketed, putting more pressure on tissue paper manufacturers. The producer price of tissue parent roll and finished products increased by RMB 1,000 -2,000 Yuan/t.
The increased price of raw materials has already affected the retail market. As a result, the product retail price has risen sharply. Even so, the impact of raw materials price increase cannot be balanced. Therefore, the manufacturers have been striving for reasonable profit margins by introducing high value-added new products and reducing promotional activities.
IV. Product innovation focused more on the consumer market to meet the consumer demands

• The new products with “differentiated specifications and package designs” were launched on the market. The “mini” facial tissues were launched

• Shanghai Welfare launched silk-like tissue paper by adopting imported moisturizing formula and natural antibacterial ingredients. Feeling fine and smooth, the new product can be used for moisturing and smoothing even in dry environment, especially suitable for the sensitive and tender skin and for the customers with pollinosis, comedo and rhinitis.

• The homemade tissue machines have achieved great progress in terms of large width and high speed, with continuously improving capacity

• The localization of steel drying cylinder has stepped up.

VIII. Popularization and application of new technique and equipment from foreign suppliers
As the related machinery and technologies of tissue paper are relatively mature, the development of new technique and machine mainly focuses on the improvement of energy utilization efficiency and the tissue machine operating efficiency, as well as the reduction of the energy consumption per unit product, so as to reduce the cost of production and improve the market competitiveness.
In 2017, the following new techniques and equipment from foreign suppliers were popularized and utilized in China: ABC energy saving and efficiency improvement system of Valmet, steam hood and hood filter system of Voith, the new generation of shoe press technology of Toscotec, gas turbine of Solar Turbines used in heat and power combined generation of tissue paper plants, and ceramic creping doctor, efficient roller double-doctor system and white water fiber recovery equipment of Kadant, etc. n 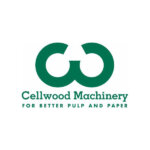 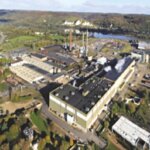