You dreamed of it – Europac Rouen does it successfully. - Papermart
FacebookTwitterLinkedinYoutubeEmailWhatsapp

The Europac group manufactures 100% recycled container board from recycled cardboard boxes in its millin Rouen. This site produce slow grammages, which increases the technological challenges for stock preparation. This paper mill, which in the past made SC and LWC paper, was one of the first in the world to convert its manufacturing to low grammage fluting.
The stock preparation has a capacity of 1,200 tonnes per day, which is greater than the requirements of the machines. For energy reasons, it only functions at an average of 18 hours per day but at full capacity.
Always focused on making progress and improving its operating costs, Europac’s Rouen paper mill has concentrated on improving the operation of its pulping and coarse cleaning block.
The limitations include:

• Losses of fibres and flakes

• Maintenance costs to be reduced

Kadant therefore proposed the installation of these new technologies to Europac:

• CLD “Continuous Light Detrasher” to continuously decontaminate the pulper, a unique solution on the market, bearing in mind that all current systems are discontinuous

Hydraflow Continuous Detrashing System
Kadant developed a method measuring the free fibres, the wet strength flakes (WS Wet Strength flakes not repulpable) and flakes that can be re-pulped or Non-WS flakes. See figure 2 below, certain results obtained with the CLD at Europac.
We can therefore summarize the results obtained by Europac’s Rouen paper mill on the pulping block.
Operational and performance data on the pulper

1. 1200 tonnes per day with very good decontamination and concentration accepted of 4.7%
2. One CLD replaced the three current decontamination devices for measured decontamination of 20 to 25 BDT per day
3. The losses in fibres and non-WS flakes are less than before the modification
4. Maintenance costs and shutdown time were reduced;

a. For example, one valve against six previously, so we went from 36 interventions per year to one intervention every six months.

Coarse cleaning improvement
The current devices for the deflaking, fibres removal, and the final rejects dewatering from the coarse cleaning have been replaced by the new Kadant technologies; Float purger and WTK slots trommel.
In summary, the main objectives included improving: Low decortication and not enough efficiency

• Losses in fibres and non-WS flakes

• Cleaning quality that could be improved

• Energy consumption that could be reduced

• Increased presence of polystyrene in the circuits

• Numerous valves to be maintained

The modifications regarding the coarse cleaning system have reached the following expectations:

• Rejects without fibres, or almost, with re-pulping non-WS flakes. The Floatpurger, due to its unique operation, has proved at EUROPAC to be both an excellent secondary pulper and separator of light plastic and polystyrene particles.

• A high concentration of plastics and polystyrene in the rejects

• The reduction of shutdown and maintenance costs.

You dreamed of stable and efficient operation of your pulping and coarse cleaning block – Europac’s Rouen paper mill has done it successfully. 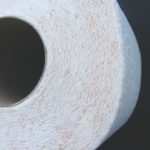 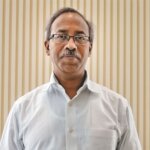