China’s Zhejiang Jingxing Paper will install two tissue paper machines at its mill in Jiaxing city, in the eastern province of Zhejiang. The PMs are scheduled to start up by the end of next year. Each of the two identical units, which have a trim width of 3.65m and a design speed of 2000 m/min, will have a capacity of 34,000 tons/yr.

A 90 ton/day de-inked pulp (DIP) line will be built and integrated with the units. The recovered paper (RCP) to feed the line will mainly be imported. The company is also sourcing bleached hard-wood & softwood kraft (BHK and BSK) pulp grades from overseas.

Jumbo rolls produced on them will be converted on-site into paper towels, toilet tissue and facial tissue. According to Zhejiang Jingxing, the total cost for the project will be around RMB 967 million (USD 149 million).

It is the first foray of the company, fundamentally a containerboard producer, into tissue paper production. Due to intensifying competition and oversupply issues in the board sector, last year the company decided to cancel the construction of a new 400,000 ton/yr linerboard PM it had been planning.

Old PMs to be retired: Zhejiang Jingxing also plans to retire four small, old PMs by the end of this year. In addition to a 15,000 ton/yr linerboard machine which has been idle since last year, the other three PMs produce a cumulative 100,000 tons/yr of containerboard grades at the Jiaxing mill. All the old machines will be dismantled.

The company still houses four board machines with a combined capacity of around 1.04 million tons/yr. Zhejiang Jinxing commissioned a 200,000 ton/yr white-top liner unit in April last year, and boosted its capacity to 250,000 tons/yr later in the year. 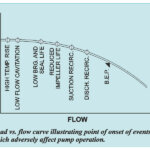 Effect of Over Sizing Centrifugal Pumps